Happy weekend!! How is it going for everyone? I pretty much had the perfect day here at home. Relaxing and productive, but with some fun stuff sprinkled throughout :)

Kind of slept in today – till 6:30 (an hour past my usual wake-up time). I brought along a pack of instant multi-grain oats that I cooked up with some water and frozen raspberries. 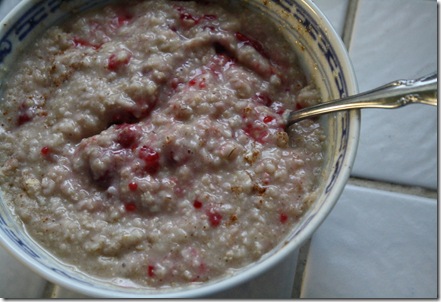 Then I mixed up 100g plain yogurt with 1/2 scoop vanilla protein powder to add to the bowl. 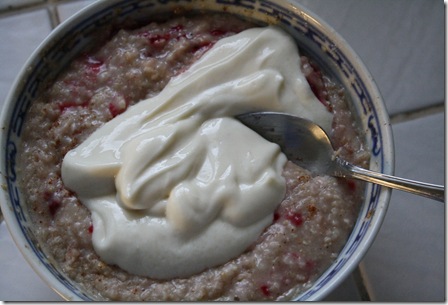 Then combined it all yoatgurt style and topped with almond butter! 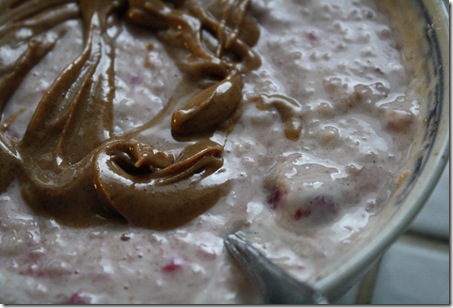 I need to try this with greek yogurt, as it was a little too soupy with regular yogurt. I love regular yogurt on top of my oats not stirred in though (like the above picture). It’s like a frosting!

After breakfast and coffee, my mom and I hit up the local Nubodys gym for a Fit Mix class. From the website:

I’ve heard horror stories about this class, involving stopwatches, ladders, and near-death experiences. I was pumped ;) But I think today’s was a little lower intensity. There weren’t enough hand weights to go around so we had to use resistance tubes. I’m not the biggest fan of them, but it was at least fun to learn new ways to use them! And I think I’ve done enough squats and lunges to last me the rest of the year :P

I was starving by the time we got back, and despite a having a snack, I still broke for an early lunch. This one inspired by Lori! 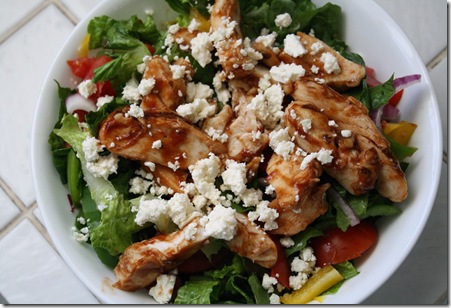 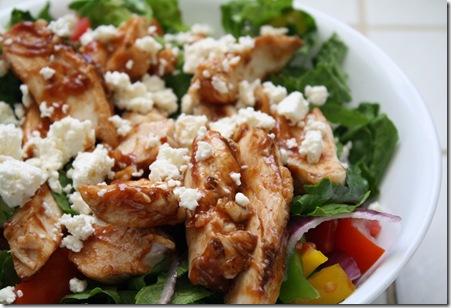 Lori always raves about the bbq + feta combo and she’s definitely on to something! It was delicious!!

And so was lunch dessert ;) 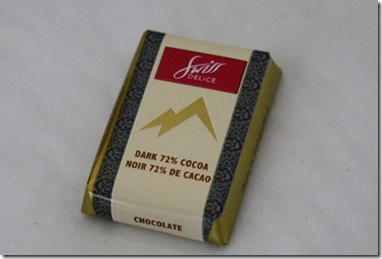 My mom’s family is still working on that giant bag of chocolate. Pfft, if I was around, it would have been gone in a week :P

Shortly after lunch we (me, my mom and her “partner” Mark) went out to bask in the sunshine. The dogs get so worked up when we put our outdoor clothing on!

Also notable, the amount of snow in Moncton!! 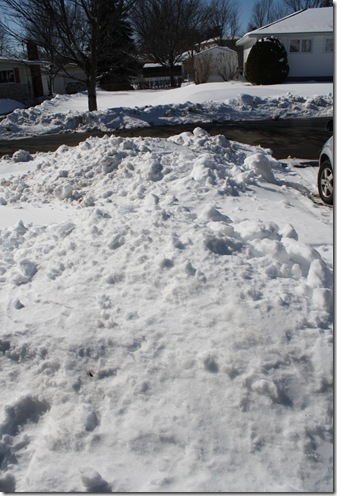 I almost feel culture shocked just coming from 160km away! So strange. Fredericton is almost entirely green by now, and Moncton is still buried under the white stuff! I thought I could sneak in an outdoor run this weekend, but most of the sidewalks aren’t even plowed.

We wandered down to Centennial Park and did a loop around a little lake. The place was buzzing with families. 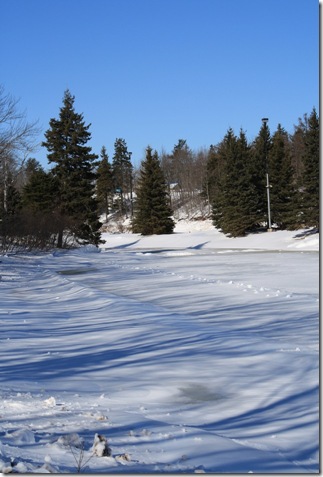 I don’t know why, but it was such an odd sight for me to still see ducks on the snow and ice. My mom says they don’t migrate because they’re well-fed in the park. 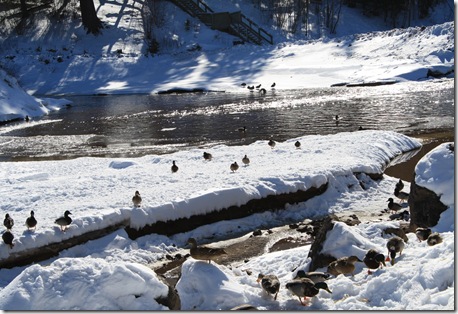 And this is Jones Lake. You can skate on this when the weather is good enough. It’s a manmade lake but still beautiful!! 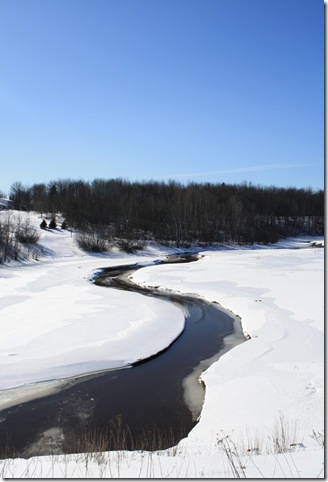 We were out for about an hour, then I came home and spent the rest of the afternoon going through my personal training textbook. I start my in-class component in two weeks!!

For dinner, I had a special date – with one of my besties!! You may recall I mentioned Meghan as one of my best friends in a Flashback post. We’ve known each other since grade 1 (18.5 years ago) and lived together for two years in university. So yeah, she’s not even a friend – more like family!!

Meg had a hankering for Indian food, so we went to the Tajmahal. 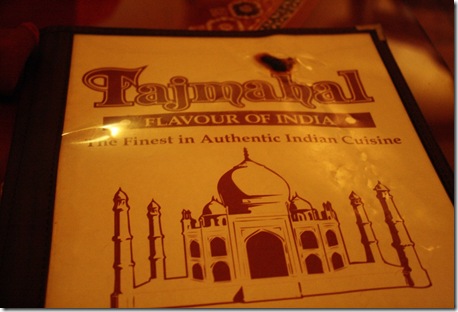 I kind of like the burn on the menu – adds character ;) 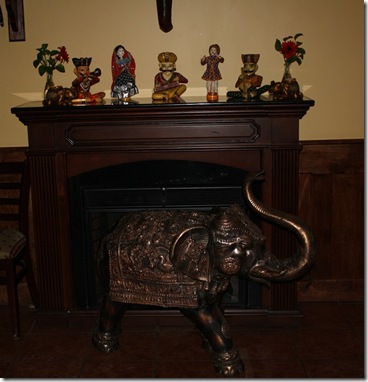 As with most Indian restaurants, I loved the decor. Especially the elephant statues, seeing as I collect them myself.

We decided to order a couple dishes and split them. 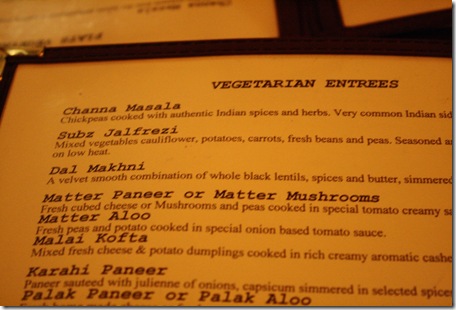 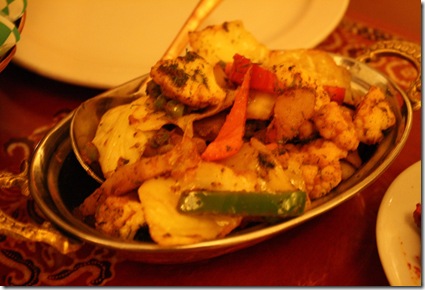 And the the Chicken Tikka which is boneless chicken marinated in spices and yogurt and cooked in a tandoori oven. 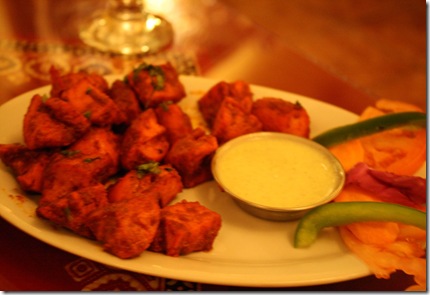 Don’t forget the roti! No naan. I am a naan-free zone. Put naan in front of me and it’s game over. 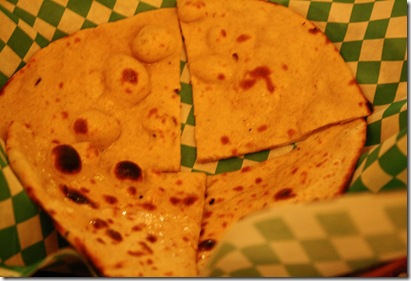 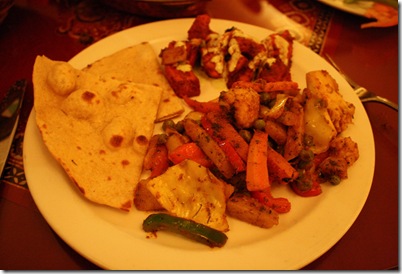 Two words: YUM O. Excellent food to accompany catching up with an old friend! Meghan is actually thinking about getting her PhD soon, so we’ll eventually have to call her Doctor Meghan ;) 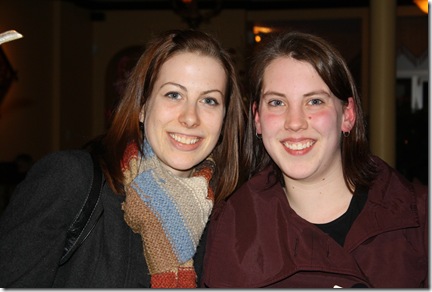 Meghan is also a giant nerd really smart. We were reminiscing about the time she brought a shark foetus home after dissecting a shark in class, and left the foetus on our kitchen table for a month!!! Ya know, cause kitchen tables are a good hangout for foetuses :P Then Meghan proceeded to tell me that it’s actually really rare to find a shark foetus because they eat each other in the womb!! How hardcore is that? Sharks are so badass they eat each other even in the womb. Anyways, I freaked out, and Meghan said I had to include that little shark tidbit on the blog. So there ya go, learning something new today from a future doctor – you can catch her on Shark Week :P

Well that’s all from me! I’m off to make a snack of some sort and either finish my textbook or read blogs. Eehhh, we all know it’s going to be the latter ;) See ya tomorrow!