Are you ready for some food pictures?? As promised, here’s what I’ve been munching on this week!

The folks at Red Prince Apple sent me this really, really cool promotional package this week.

They’ve got a campaign going for the upcoming Royal Wedding. They are a royally named fruit after all ;)

The package came in the shape of a three tiered wedding cake. Each tier containing a special treat to nosh on while watching the Royal Wedding. I will be one of those people who gets up to watch it. My family are monarchists, I can’t help it. Although, I’ve totally been munching on a few of these treats in preparation for the festivities. I needed to try them out! 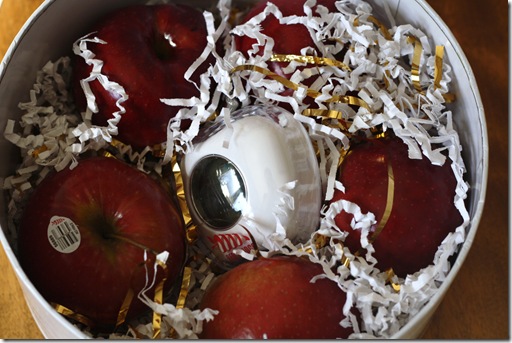 The apples came with a timer to wake me up early on the 29th.

Apples are my favourite fruit EVER. One of the few foods I get really intense cravings for. Something about the sugary, watery, crunch that my body and tastebuds sometimes just need. 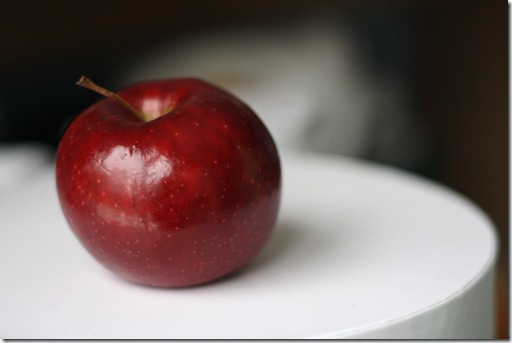 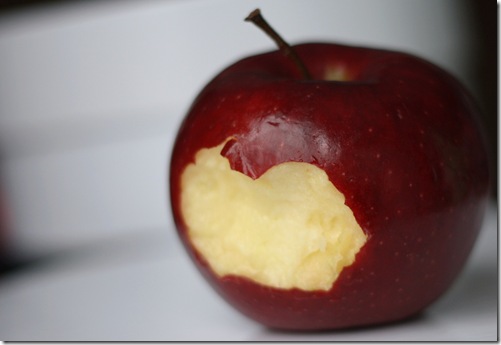 Sweet and crunchy. I always refrigerate my apples so they don’t get mealy, but this one at room temp was still super crisp. A little tang to perk my senses, but enough sweet to satisfy that sweet apple craving I get.

The middle tier contained another one of my favourite treats – scones!

You can find the recipe for the scones here. I love how they used apple cider vinegar instead of buttermilk. It’s a cute touch ;)

There’s no other way of describing it – this scone was so moist! So much so that I put them in the fridge because I was scared they’d mold quickly. Very soft, surprisingly sweet, and just the perfect size for a snack.

Finally, we have the top tier. The best for last. Chocolate! 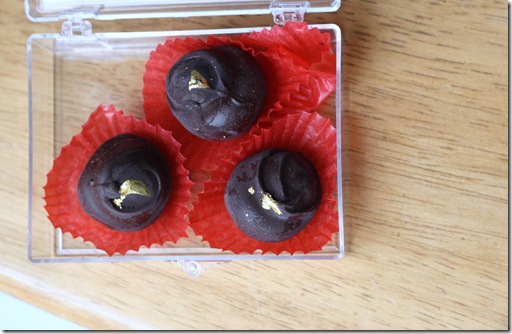 I had no idea what to expect when I bit into this chocolate. I don’t usually mix apples and chocolate!

Turned out to be a thick apple puree, much like apple butter. It was so intriguing! Definitely not anything I’ve had before, but I did really like it.

Apart from the treats the Red Prince people sent me, I made my own goodies with the apples. 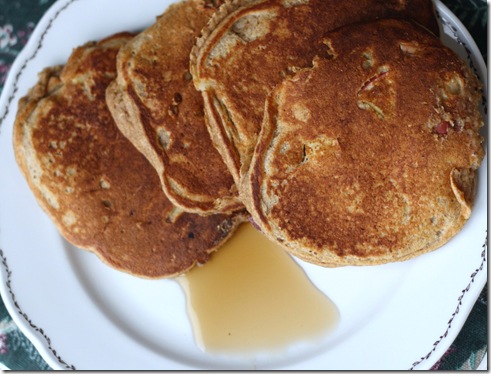 Thursday morning I found myself awake 30 minutes before my alarm. What better way to use that time than make pancakes?

Here’s what I used for my batter (makes 4 small-medium pancakes):

I mixed the apples right into the batter and fried them up like that! They got warm and mushy that way. Basically the best way to start off a Thursday.

Other eats from this week:

A “yogurt mess.” One of my go-to meals when I need to keep my belly satisfied for a solid 5 hours.

All breakfasts are always accompanied by a ginormous mug of coffee.

Around one french press of coffee a day. That’s only like two cups worth. That’s not excessive…right? Right??

Tuesday’s breakfast was a little strange…

I’d bought a chicken breast sub the day before and didn’t get around to eating it. So I kept it in the fridge to have for a quick breakfast before my slew of early morning appointments on Tuesday. Day-old subs are not recommended, but this also got the job done. I like them with all the toppings minus the jalapeño, yellow mustard, and no cheese :)

Lunches all this week were mostly eaten at my Nana’s. None of which were photographed because I’ve been going after the gym and I don’t bring my camera to the gym.

When I am home for lunch, I usually go for a simple pita.

On Monday, I sautéed a  leftover honey garlic sausage from the Dieppe Market with red pepper and onion. 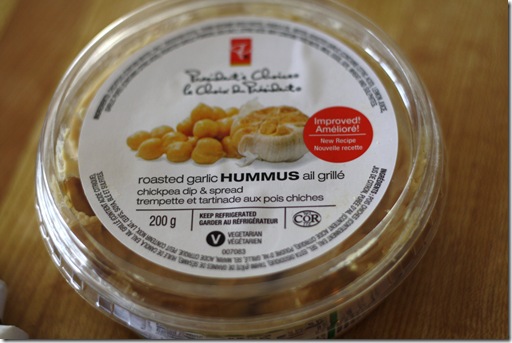 Even though I am kind of obsessed with slathering my sausage in ketchup, I went a different route using hummus as my “sauce.”

All stuffed in a pita with greens! I usually have a piece of fruit or raw veggies with this too. One of these days I need to do another pita tutorial to show you how to make these without having them fall apart…

I had roast beef, potatoes and carrots for supper three times this week. Mostly because I could stick it in the microwave and have it be ready in three minutes when my tummy was growling. Why do I always wait until the last minute to make food?

Finally, snacks! One of my favourites is half a cantaloupe that I can sit down and scoop out with a spoon. A little on the larger side for my snacks, it takes a while to eat and tricks me into feeling a lot more satisfied.

So there you have it! The eats of a gal trying to lose 10 lbs the old fashioned way. Like I said before, these days I’m all about having larger meals that can hold me over for 4-5 hours with only small snacks (like an apple or piece of chocolate) in between. So far so good!

Question of the Day: What’s your favourite in-between-meals snack? Mine is a piece of light Wasa bread with a smear of peanut butter and a drizzle of honey!

Heyo! Welcome to the weekend my friends :)

Thanks a bunch for all your support on my Bye Bye TO 10 post. As promised, I’ll be sharing some of my normal, run of the mill, weekly eats as I lose those pesky 10 lbs. I am not calorie counting or doing any crazy diets. Just trying to eat good, simple, mostly made at home food!

It’s been a long time since I blogged a bowl of oatmeal. Mostly because I’ve been eating nothing but PB&J oats since 2009.

In a small pot, I put in 1/2 cup rolled oats + 1 cup water. I let that come to a simmer, then stir in 1/2 cup egg whites and a generous amount of cinnamon. Once the egg whites are added, I keep it at a slow simmer and stir frequently so it gets smooth & creamy. No chunky bits of egg allowed. Sometimes I pour in milk as I go. I like my oats thick and overcooked.

Topped with a dollop of peanut butter and jam! This bowl fills me up until lunch every single time. It’s the protein in the egg whites that does it. Otherwise I’d be gnawing my arm off by 9am!

I’ve had a lot of early mornings this week with physio appointments and a job interview. So I’ve also been eating these Chocolate Peanut Butter Banana Oat Squares for breakfast and snacks on the go.

My dad has this sheet of coupons on his fridge for donairs at Greco. Every time I go to open the fridge, I’m taunted by the delicious image of a greasy, meaty donair. Instead of rushing off to the nearest Greco to get one, I opted to make a better version at home this week.

It never occurred to me to make these on my own until the Maritime Kitchen Party when I realized just how easy it is.

Donairs are a Maritime specialty, invented in Halifax, Nova Scotia and based off the idea of a doner kebab. It’s a lot like a gyro, but instead of a tangy tzatziki, it comes with sweet garlic sauce.

Making the meat at home is SUPER easy. I use this recipe. You start by putting the spices in a mixing bowl. I didn’t use all of these, and substituted some based on what I had on hand: 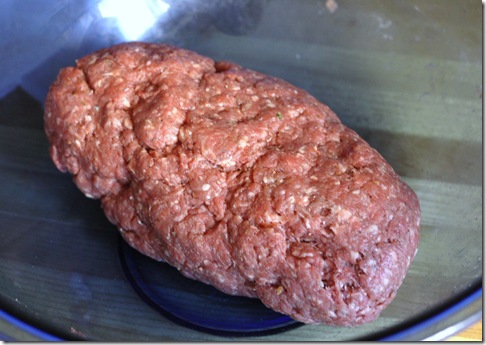 You mix the ground beef in with the spices and then pick it up and throw it on the counter. Do that 20 times, kneading it each time in between. It’s incredibly entertaining to do. I used extra lean ground beef, but I’m sure you could use bison or turkey if you wanted to. 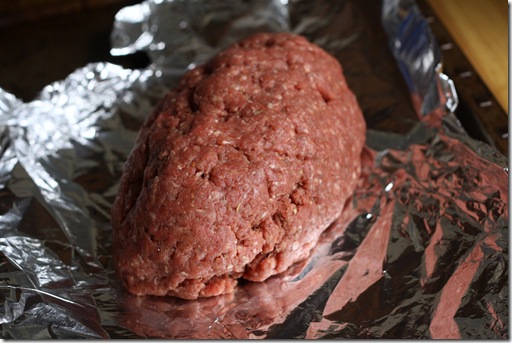 Bake at 350F for 75 minutes, turning halfway through. Donair shops slice the meat off vertical spits. Clearly I don’t have one of those at home, so this’ll do! 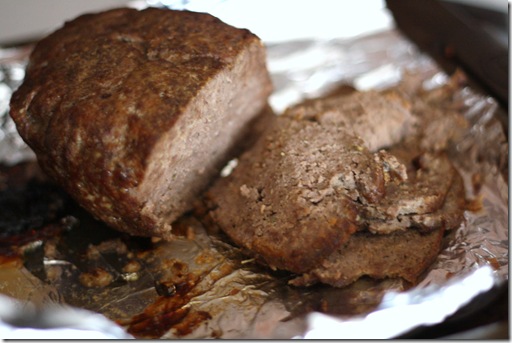 The idea is actually to dry out the meat by overworking it. That way you can slice it into thin loaf-like pieces. I’ve heard putting the raw meat into a food processor works too. 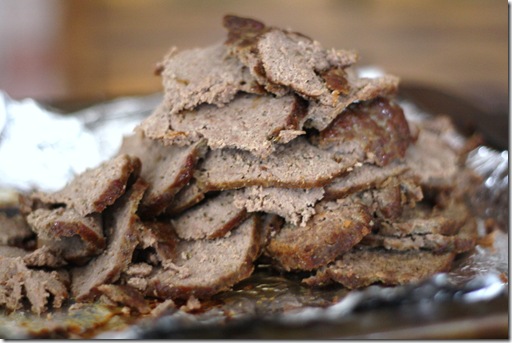 I need to work on my one-armed slicing skills. 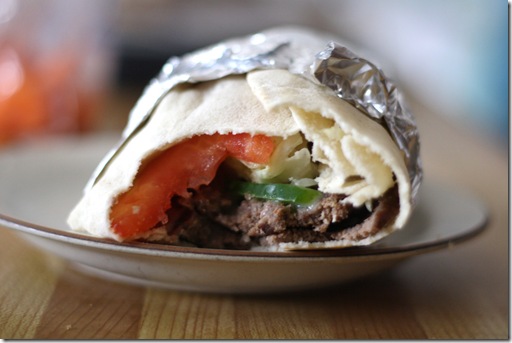 The meat is then stuffed into a pita with tomato, lettuce and onions. The best part though is the SAUCE. 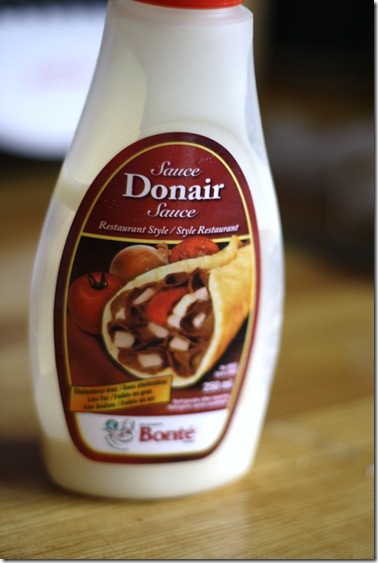 You can make the sauce at home using evaporated milk, sugar, vinegar and garlic. But stores in the Maritimes sell it by the bottle because we use it on everything. Especially good on top of pizza!!

Take that Greco! No sketchy donair meat here. And fresh out of the oven, it was uh-mazing.

Last but not least, I got a package of Annie’s goodies from Danica the other day. We only have select Annie’s products in Canada so I was excited to see some new-to-me products!

If I were to describe Annie’s, it would be like classic children’s food made healthier. Eating Annie’s microwave mac n’ cheese for dinner is totally acceptable ;)

I added some brussels sprouts to green it up.

Their powdered cheese is significantly less sketchy than Kraft. 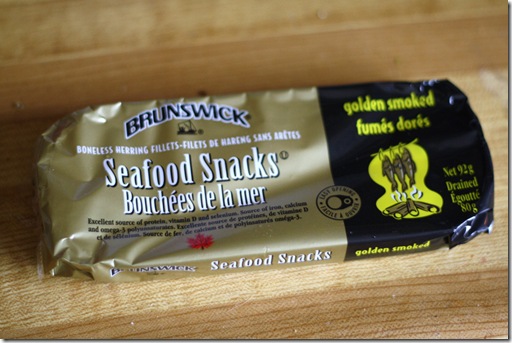 For my protein, I added a can of smoked herring.

I know, I know. This probably grosses some of you out. Get over it ;) I usually add tuna to mac n’ cheese, but the smoky flavour of the fish was downright delicious with the cheesy noodles!

The cheese sauce was a million times better than Kraft Dinner and there was more than enough in the packet to coat the noodles. No need to add extra cheese here!

I’ve also been snacking on their new granola bars. My favourite flavour being peanut, obviously. 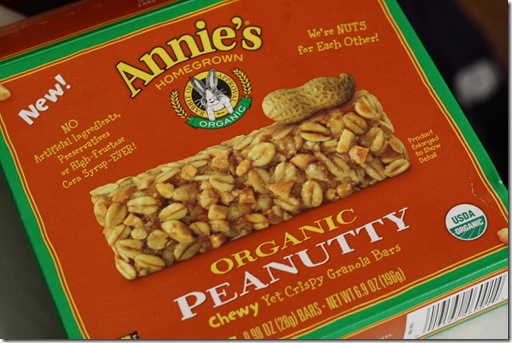 They are pretty small. Here’s a size comparison using the back of my hand because I can’t rotate my left hand to face the ceiling!

It’s actually the perfect size for when you need just a little sumthin’ to get you through to the next meal.

I used to religiously do three small meals + three large snacks a day. But my appetite significantly decreased when I stopped exercising after my accident. Now I do three larger meals a day with maybe one or two small snacks. This is how I ate my first 22 years of life and I think it’s the style that suits me best.

I really enjoy eating until full, then waiting until I’m hungry again to eat my next meal. Before with the 6 meals, I never felt satisfied after eating and ate when I didn’t really need to. It screwed up my hunger signals.

It’s all about finding what works best for your body. An individual way to keep yourself fuelled and satisfied without overeating. Seems like a lifelong process, doesn’t it?

Question of the Day: What’s the best thing you ate all week? Mine was actually a curried lentil soup from an organic store in Moncton called Dolma.