A Pub To Call Home

If you follow me on Twitter, then you’ve probably seen my daily menu postings. I’ve eaten out every day for over a week now in attempts to experience some of Toronto’s best food before I leave on a jet plane in a couple weeks. Menu consultations are serious business and they often require the help of my peers.

I was expecting some dark run down pub in the downtown area filled with noise and sticky tables. Boy, was I wrong. 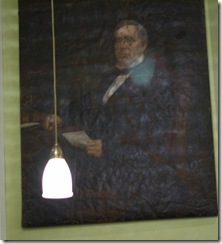 Tucked between Yonge and Bay, just north of Dundas, is this old style British pub inside a house. Even though it was packed with people it still felt like a home. 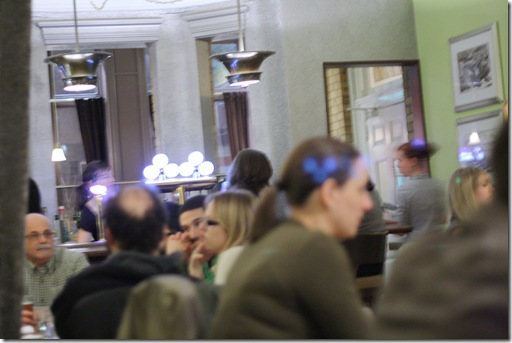 Okay, it felt like my home. My mom has always decorated with old English paintings, china, and has a set of creaky stairs to boot.

Navigating the menu however, was a little more difficult. I’m familiar with a lot of traditional British fare, but not quite this traditional. 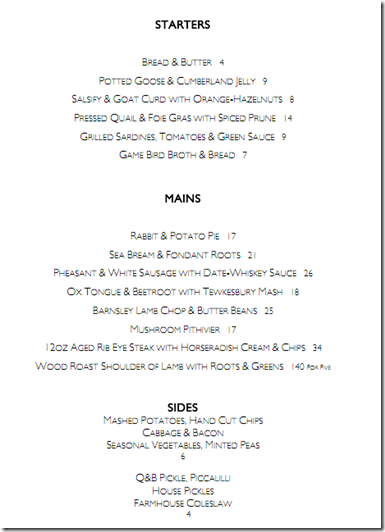 I came here with Cathy and Lauren whom I both met while working a Simply Bar event this summer. They’re some of the few people I know in Toronto who I didn’t meet through my Maritime or blogging friends!

We started with the Ploughman’s Platter. I was positively delighted when they brought out the plates.

I love dishware like this. We have a bunch at my cottage and my sisters and I always used to argue over who had the “prettiest plate” as children.

The platter was the perfect appetizer. Piled high with pickled goodies like eggs, beets, onions and other veggies. A slab of meat, hard cheese and soft bread.

Cathy ordered the  Sea Bream & Fondant Roots without the cream sauce. I had a piece of the fish, mild and cooked to perfection!

After reading multiple reviews, I was left with only one choice. I had to get the Q&B BLT. 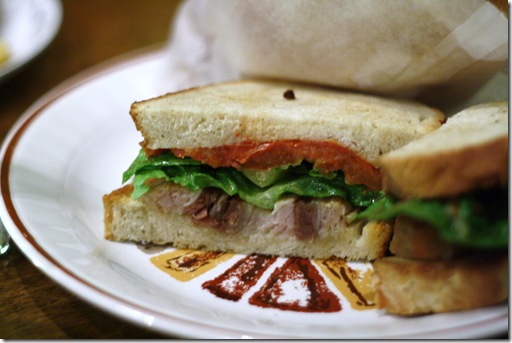 Served on buttery white toast with roasted tomatoes and romaine. The most interesting part was the bacon, which wasn’t really bacon at all but pork belly. The meat was positively delicious. A soft and smoky pork flavour that flaked with each bite. Despite its deliciousness, I would say it’s more of a pork sandwich than a BLT. In my mind, a BLT is made with cool tomatoes, crispy slivers of bacon, and oozes with mayo.

On the side was a small bag of Hand Cut Chips. So good!! Cathy gobbled them up while I wasn’t looking ;)

We were all equally stuffed by then, but Lauren said their desserts couldn’t be missed. I must say, British style sweets are probably my favourite.

We played around with the idea of getting almost everything, but in the end the Walnut Maple Butter Tart won out. Served with a scoop of Whiskey Gingerbread Ice Cream.

The tart was like pecan pie, but with big chunks of walnuts. Absolute heaven. The ice cream super boozy!

All chased down with a cuppa tea ‘o course. No Earl Grey though. I’m a rooibos girl.

Cathy and Lauren managed to escape my camera’s iris. I did however pose for an Instagram pic on Lauren’s iPhone rocking the one-handed sandwich.

And check out my nails! I did them myself!

Many thanks to Cathy and Lauren for the amazing meal. The Queen & Beaver is a cozy little pocket of Toronto I could see myself coming to for a pint or two again. It’s easy to get so comfortable there you lose track of time. Just like we did last night, while eating tart and gabbing about Twitter ;)

Vegan For a Week Challenge

No, I am not cracking down on my eats after a booze and donair filled weekend. I don’t roll like that. But I am kindasorta taking part in Morgan’s Vegan For a Week Challenge.

And by “kindasorta” I mean I’m going to Ottawa on Thursday and there is no way I’m going to have my favourite poutine there without cheese curds. At least they use mushroom gravy! ;)

Instead I’m making a concerted effort to choose foods this week that are animal free. Perhaps this seems like a huge departure for my burger-loving self. But I actually spent one month as a vegan six years ago. Otherwise known as “the dark period.”

It was during my 8-year stint as a lacto-ovo vegetarian. I found out my favourite beer was vegan and decided to give it a shot. I was ill prepared. My body wanted to know where the eggs went. I spent a lot of money on nutritional yeast and gomashio. There was a vegan mayonnaise disaster that leaves me gagging at the thought of apple cider vinegar or silken tofu to this day.

But I’m all about the second chances. I’ve now got an arsenal of amazing vegan bloggers and their recipes behind me.

To start, my fellow Torontonian and New Brunswickan – Angela. I’m determined to use up what’s in my cupboard for vegan eats this week and not spend any more money than usual. Thankfully I stumbled across a recipe of hers that allowed me to use up both bags of lentils and walnuts I had taking up space in my cupboard. 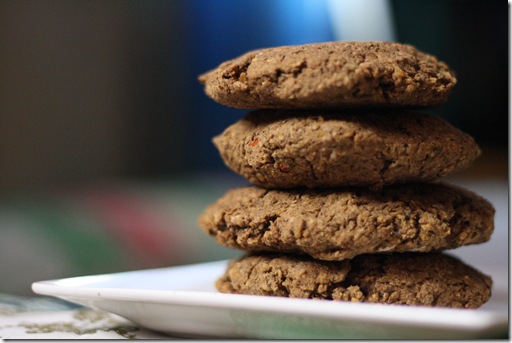 I made a few changes based on what I had on hand:

I otherwise followed the directions, baking for just a smidge longer to ensure they hardened up. They turned out awesome. I ate some crumbled on top of a salad with a lemon/mustard dressing and loved it. A texture similar to falafels, with a sweet/spiciness thanks to the roasted walnuts and cumin.

I’m going to test out new vegan recipes this week (including for Waffle Wednesday!) but here are some of my favourites. They get my stamp of approval both as a former vegetarian and a current carnivore who loves bacon and cheese with just about everything.

Actually pretty much everything from The PPK. That site is a goldmine of delicious vegan recipes.

Tofu Balls are meant to replace meatballs in pasta, but I liked them best cold and dipped in Averie’s peanut sauce.

Traditional Scottish oatcake. Just replace the “bacon fat” with something a little nicer like coconut oil or margarine ;) I make these all the time with the addition of soy protein powder and peanut butter to make a filling breakfast out of it.

My favourite muffin recipe of all time.

Vegan and gluten-free. Cathy doesn’t pay me to say that, I just really love them.

Wonkynut Squash Soup (by me!).

Best Vegan Mac and Cheese in the entire world….seriously.

And if all else fails, there’s always Froot Loops.

Yup, completely vegan. Pair it with a splash of almond milk ;)

Question of the Day: How about you? Are you/have you ever been vegan? What’s your favourite vegan meal or snack?

Things I Learned in the First Month of 2011

I’m not invincible. After spending two weeks this month being seriously sick, I learned that I have to be more careful with my health. Being “healthy” and actually being healthy are two different things.

Poutine pizza is alright. But poutine pizza with donair sauce could be fantastic. Maritimers? You with me?

Sometimes I feel pressure to fit into a certain “blog category.” Is it a fitness blog? Is it a food blog? Is it a lifestyle blog? Daily journal? Photography? Wordy? Who gives a crap. It’s my blog and all it is, is a reflection of me and my intentions.

There was a point when I had a serious chocolate tooth. These days, I seem to have an insatiable butter tooth. 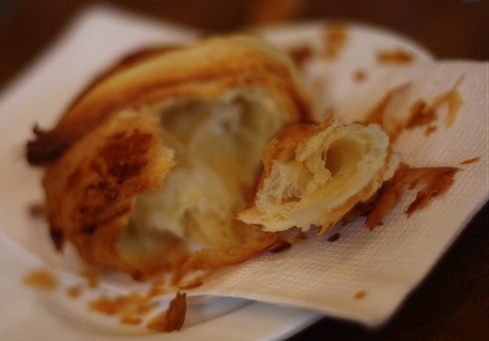 I know 25 is still young. But why does it feel so old? 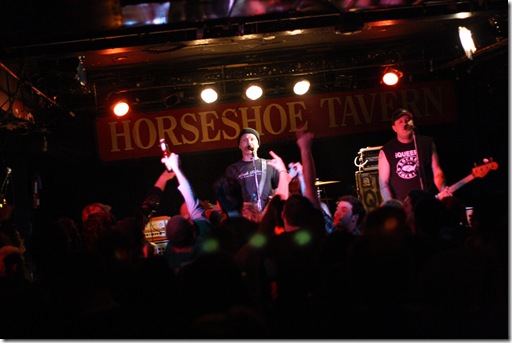 Because I go to shows featuring a band that was popular 10 years ago. And I now wake up after a punk show feeling like I’ve been run over by a truck. I don’t recover from cheap beer and loud guitars as well as I used to…

I have A LOT I still need to see, eat and experience in this city. Time is running out!! 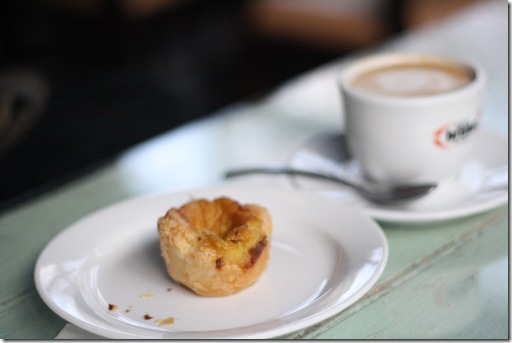 I can not workout for 10 days and not gain weight. Instead, I can gain weight by eating copious amounts of birthday pie.

Personal training is what I want to do. In some sense anyways. I get a complete high off teaching people and motivating them. When I first started, I was warned by a past PT that it was addicting. I can now see why.

Bonjour Bonjour Brioche on Queen E. has the best French toast I’ve ever tasted. French toast made with leftover pastries – such as this flaky chocolate swirl bread.

Meeting other bloggers is always an amazing and fun experience. 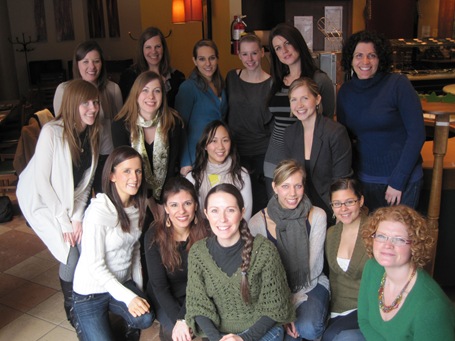 Taking a break from high intensity exercise this month was one of the best decisions I’ve made for my body in a long time. Especially after 5 months of hitting the weights and intervals hard.

And I miss being around my family.

Yoga. Is. Bliss. Even in the moments when I’m cursing the instructor for making me vinyasa for the 50th time. I want everyone to be able to experience happiness in movement, and that’s why I’m supporting Power of Movement in this upcoming month. Click here to read my post about why I’m participating in the world’s largest yoga fundraiser, and click here to donate $5 to a very worthy cause.

Starting February off right with a VLOG tomorrow and the Simply Bar giveaway winner! See ya then!

Question of the Day: What did you learn in January?