← Scanxiety
The Best Kind Of News →

The results are in…

…and I am CANCER FREE! 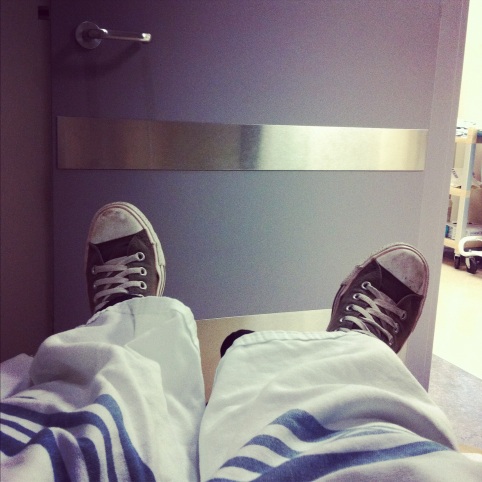 Waiting for the isotopes before my PET scan.

After finishing my scan on Monday, the doctor came out and asked me when I finished chemo. I replied “December 21st” and he said “Oh! Right before Christmas!” I nodded, remembering how uneventful it seemed being sick over the holidays and worrying if maybe the chemo wasn’t enough.

The doctor then said he looked at the scan and that “it looks like it’s all cleared up.”

I said “Really!? That’s awesome!” And then the doctor wished me luck and returned to his office.

The technician walked me to the waiting room where my dad was. She said the doctor rarely comes out and tells patients the results of a scan before giving his report to the oncologists.

I immediately told my dad the good news, we hugged. I then visited my Grammie who is staying in the same hospital, and ran into my older sister who gave me a cinnamon bun the size of my head. 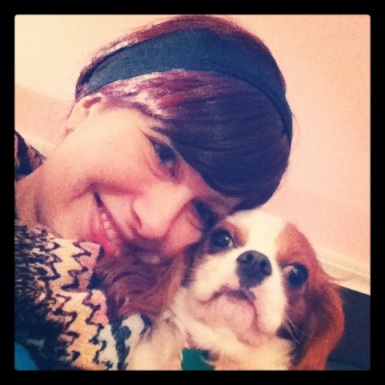 The night of the good news. Buster wondering why I woke him up.

Despite knowing that my scan was clear, I still had a lot of questions for my oncologist. Unfortunately, when I saw him on Tuesday he hadn’t received the PET scan report yet, so I had to wait for any more details.

I spoke with my oncologist over the phone early yesterday and he confirmed that the PET scan showed no metabolic activity. That means NO CANCER (*fist pumps*).

However, there is still a “residual mass” in my chest. This is a very common occurrence for Hodgkin’s Lymphoma patients, especially those with bulky tumours such as my own (bulky means it’s larger than 10 cm in size. Mine was 14 cm, or 5.5 inches). Because the residual mass did not light up on the PET scan, it is not cancerous and not growing. My oncologist is fairly certain it’s scar tissue, and from what I’ve read, having a residual mass won’t necessarily increase my risk of recurrence.

Now there is the big question as to whether or not I’ll do radiation to further shrink that residual mass and zap the area that was once active. In the past, 6 months chemo + 1 month radiation was the norm for people with my diagnosis. However, the most recent studies have shown that radiation may not prevent Hodgkin’s from coming back any more than just having chemo. Radiation also increases the risk of getting a secondary cancer down the road. Something of particular concern because of my younger age.

My oncologist recommended that I don’t do radiation, but he’s leaving it to my radiologist to make a formal recommendation. The decision to get it is ultimately mine, but I trust my doctors and will likely do what they say. I do know that my oncologist is highly respected so there’s a good chance my radiologist will follow his recommendation, unless she isn’t as satisfied with my scan. I’m not sure how large the residual mass is yet.

I meet with the radiologist on Friday, so I will update you all on the radiation bit after then!

As of right now, my feelings are mixed. I’m elated to know that I no longer have a cancer inside of me, and that I can get my horrendous PICC line out! 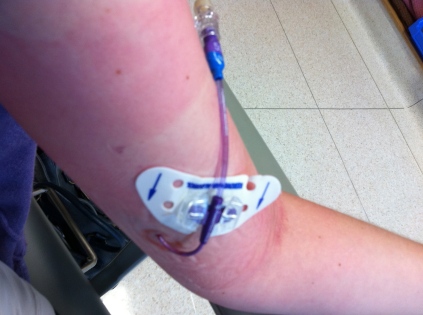 The PICC is the tube hanging out of my arm for giving IV drugs and taking blood.

On the other hand, I am nervous about this radiation thing. I am nervous to start living my life dealing with the long-term side effects of cancer and its treatment. The cancer may come back, my lungs still feel off, the chemo can affect my heart, gall bladder, the list goes on and on.

Just because the cancer is gone, it does not mean the complications and emotions that come with it are suddenly gone too. I am definitely happy I was able to get rid of my cancer, but I much prefer to have never had cancer at all.

In the end, I do realize I’m lucky to have gotten rid of it at all. There are many out there who are diagnosed with less favourable kinds of cancer. But I am not fooling myself into thinking I will ever be the same again. I unfortunately learned the hard way that I’m not as invincible as I once thought I was. 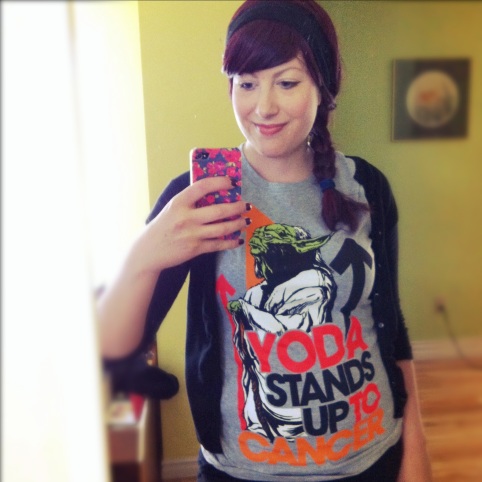 I have a lot to say, but I will leave it there for today. However I can’t forget to give a big THANK YOU for sending so many well wishes, good vibes, prayers, and healing chants. Those of you who sent comments, messages, and tweets over the past few days, I am sorry I couldn’t respond to every single one of you. But please know I read and appreciated every single one. Also, thank you to the silent readers who also sent positive energy my way. I am not too hippie-dippie when it comes to this stuff, but I will take anything I can get if it will help keep the cancer away!

There is certainly still more to my cancer journey, but I’m sure we can all agree that the worst is now hopefully over.

← Scanxiety
The Best Kind Of News →