Should We Really ‘Run To Eat’?

“Will run for beer”

Ever hear this saying or something similar before?

I’ve been thinking about it a lot lately. Particularly, how I don’t agree with it.

You see, I began exercising on the regular when I set out to lose 30 lbs four years ago. I counted calories to lose weight, so for a long time exercise was purely a way to burn calories. It gave me a little more wiggle room in my daily calorie allotment and made it so I didn’t lose my mind restricting food in order to shed a few pounds.

As the days went on, I fell more and more in love with exercise. I eventually started doing it because I like it, and not just as a way to lose weight. As I transitioned into weight loss maintenance, exercise not only became my most loved hobby, but also a way to splurge on some of my most favourite treats. Run 6 miles? Awesome, now I get to have dessert today. All without putting on a pound.

But now that I’m a little more separated from the situation, I wonder – is it healthy to use exercise as a justification to eat?

If you were to ask me today, my response would sway towards “no.”

I have gained at least 10 lbs since beginning chemotherapy, for a number of reasons. I’m not as active as I used to be (read: no 6 milers here), my eating habits have changed (read: digesting a big salad on chemo is tummy torture) and my most favourite excuse – I’m on steroids, I can’t help it! (same goes with the occasional ‘roid rage)

If I weren’t sick and gained 10 lbs I would immediately turn to exercise to start burning it off. Except this time around I really don’t care about the extra weight. Apart from the frustration of having jeans that don’t fit, I’ve got bigger fish to fry. Like a life threatening illness. Suddenly, the idea of vanity weight goes out the window.

With that said, I do still mildly exercise every day. But this time it’s not to lose weight or to keep it off. This time it’s for a different reason altogether. I now realize it’s the reason why I should have been exercising all along. For my health. Study after study shows that cancer patients have a higher rate of survival with exercise. When I hop on the recumbent bike, it’s not with the idea of burning off the ice cream I ate earlier, or for some notion of vanity. It’s for my health, my real health, and my longevity.

When I’m all better and back at the gym, I won’t reward myself with a beer after because I’ve got the extra calories to do it. I’ll drink beer whenever I want and exercise because it’s good for me. 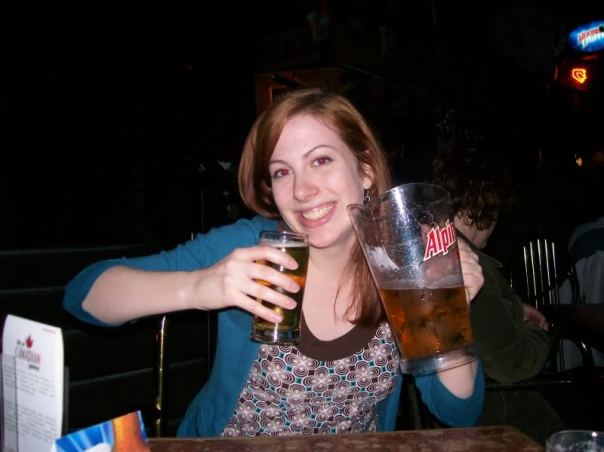