← Doggone It
The One About The Job →

Luck of the Irish

I can’t decide if I want to post on weekends. I went back and forth several times and ended up deciding that I don’t want to decide. Maybe I will? Maybe I won’t? It’ll be a surprise each weekend! It’s my blog, I can do what I want ;)

Anyways, the real reason why I decided to post this weekend is because I have something to post about! 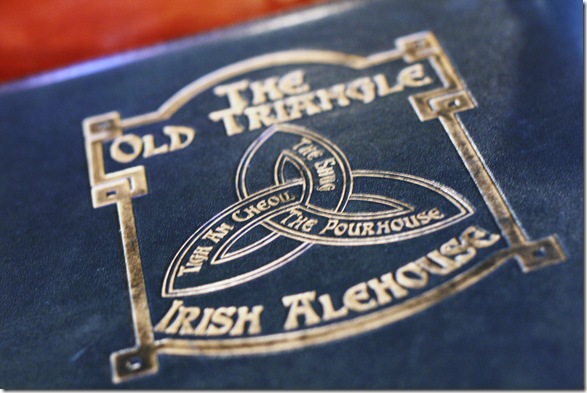 It turns out Moncton is not as desolate when it comes to brunch as originally thought. When I saw The Old Triangle pub had a brunch menu I sent it to my mom right away. She’s my new brunching buddy. Who also happens to be a rather large fan of pubs. Convenient. 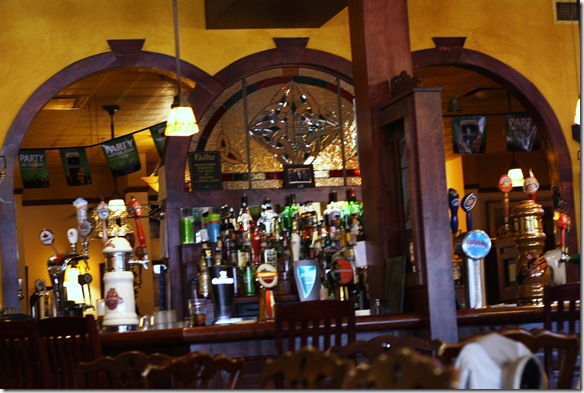 The Old Triangle is of the Irish variety. One look at the brunch menu and I knew exactly what I was destined for. 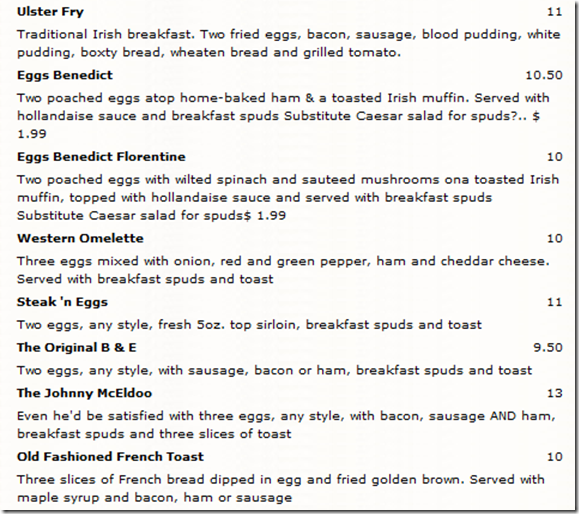 I’ve seen something similar in many places. There’s also Angharad’s proper English breakfast. Basically, if I could assemble the perfect breakfast for myself, it would contain very similar components. 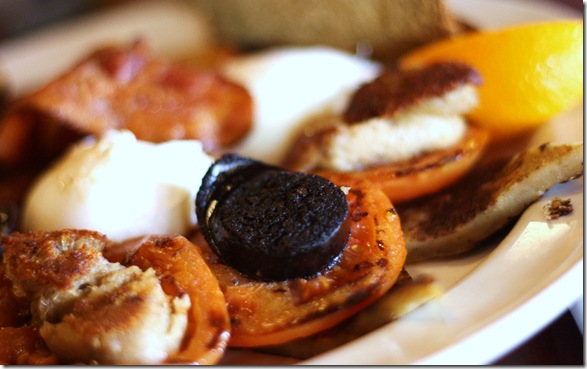 You see, my mom spent part of her childhood in Ireland where blood pudding was a regular weekend breakfast treat. She loves it and would talk about it all the time growing up. It’s essentially blood cooked with some sort of filler (meat, oatmeal, potato, etc) and put into a sausage casing.

Well, I decided Saturday was the day I would conquer my childhood fear.

It was actually kind of delicious! I would compare it to a milder, more crumbly sausage. 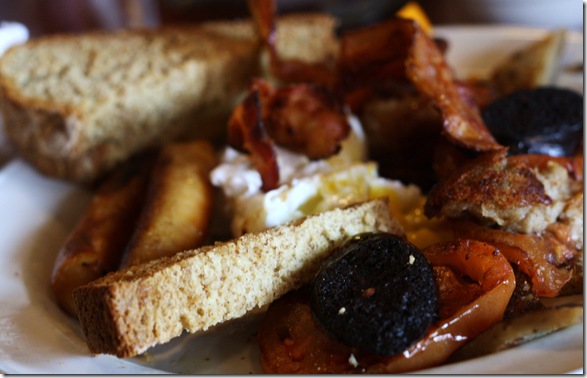 However, my favourite part of the meal was the Irish soda bread. LOVE that dense, soda-y loaf. Also on the plate was breakfast sausage, eggs, bacon, “boxty bread” which tasted like a pancake, fried tomatoes and “white pudding” which is like blood pudding but without the blood.

Total domination. This is how a good Saturday or Sunday looks right here. Eat a small breakfast, go for a run, eat a gigantic afternoon brunch, then a couple snacks to tie me over for the rest of the day. Absolute perfection. Absolute Irish, bloody, soda-y perfection. Now where’s my black & tan?

← Doggone It
The One About The Job →