I must say, I am rather surprised no one guessed what the Mother’s Day pie was!

The idea for this pie came to me back in January via one of my best blogging pals Ellie. I was surveying the Twitterverse for pie ideas to make for my birthday. You may remember, I ended up with a Fluffernutter Pie.

But through that survey, the Scottish Ellie introduced me to banoffee pie. An English pie that combines the flavours of banana + toffee.

Even though I didn’t make it back in January, suffice it to say I’ve been thinking of this pie every day since! 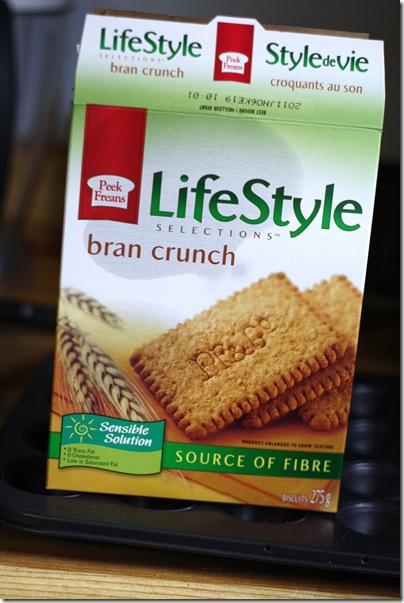 Traditionally, the pie has a pastry base. But I have a hard time sticking to rules. Instead I grabbed a bunch of these graham-style bran cookies and smashed them up with butter to make a graham crust.

Baking is seldom easy for me. It’s why I continue to do it. 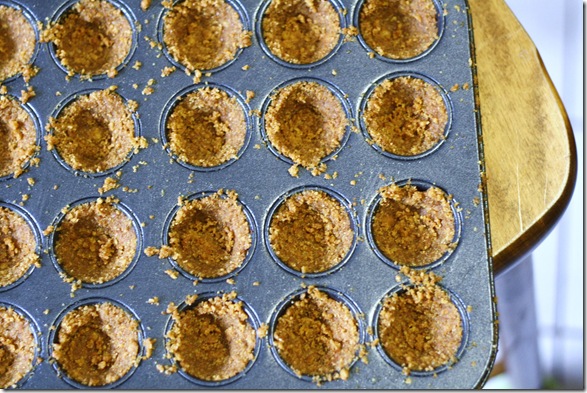 I thought it would be fun to make “pie bites” using my mini muffin pan.

The graham shells fell apart when trying to remove them from the pan. Worth a try I guess. Traditional pie shape it was.

The other traditional aspect of the pie is the “dulche de leche” layer that goes on top of the pie crust, made by boiling condensed milk.

While boiling a can of milk is technically not a “hard” thing to do, it is time consuming. Buying a container of caramel sauce however, is not. 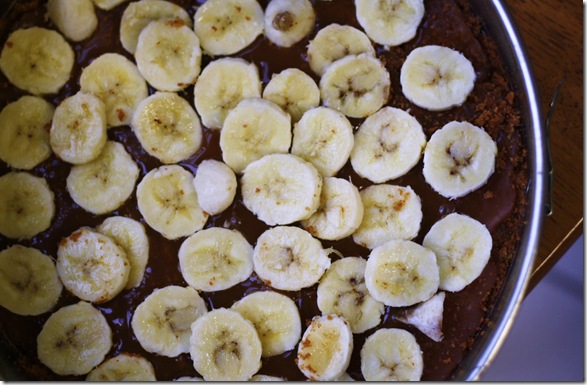 The “sliced fruit” I was talking about. You see, the presence of fruit alone turns this into “health food.” Pictured is only two sliced bananas on top, but I ended using three.

Finally, the whole thing is finished with a healthy dose of whipped cream.

Getting the whipped cream on top turned into a bit of an issue as well. One that led to me completing the last kilometre of my weekend run with a carton of whipping cream in each hand. Completely normal. 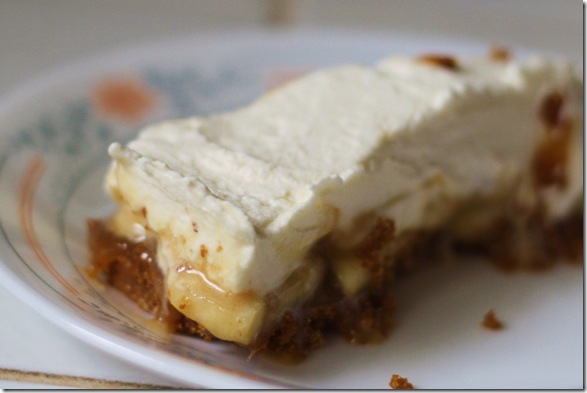 The end result was SO good. My mom said it was really sweet, but that’s what had me licking my lips over it. I’m happy I went for the nearly-failed graham crust. The thin layer of caramel was just enough.

Despite my kitchen mishaps, this was an incredibly easy pie to make. I highly suggest you don’t wait almost five months like I did to make it. Plus, it’s got potassium, and I can testify that it makes for a great post-run snack ;)