I’ve blogged about all the restaurants I went to, wrapped up my favourite TO brunches, and today I want to list off my favourite Toronto moments.

I only spent nine months living in Toronto, which isn’t really as long as I’d planned. But life happened and I was outta there before I knew it.

I get asked all the time about my thoughts on Toronto. “The Big City” us Maritimers were raised to hate. Truth is, I reallyreally loved my time there. I had an absolute blast. I really enjoyed the city itself and the energy that pulsates from it. Long term though, I just couldn’t see myself settling down there. If I were to settle down, I wanted it to be back home. This seems to be an answer everyone can understand.

Having been back home for two weeks, I’ve been able to reflect a lot on my nine months adventuring around the country’s largest metropolis.  When I look back on those months, these are without question the moments in time I’ll remember Toronto best for.

Kinda like the State Fair, but on a national scale. It was huge, full of greasy food, sugary drinks, rides and screaming children. What I’ll always remember from this event is waiting in line in the hot sun for an hour with my roommate just to try bacon covered in chocolate. 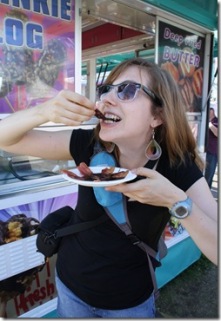 And also seeing a cooking demonstration from Chef Michael Smith. Host of Chef At Home, my favourite Canadian show on the Food Network. 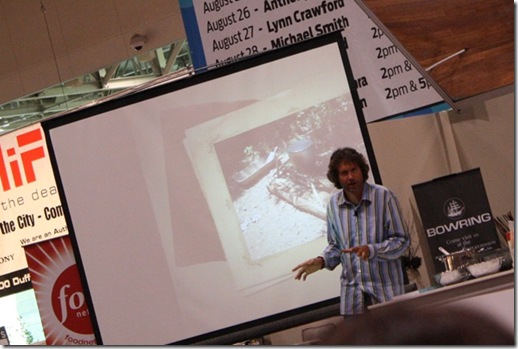 I spent two days at the fair hanging out with blogger friends, volunteering for The Simply Bar and getting to see Brendan Brazier, one of my fave Canadian athletes, speak. Events like these are held all the time in Toronto but hardly ever back at home. I always felt like it was a such a treat being able to go to them. 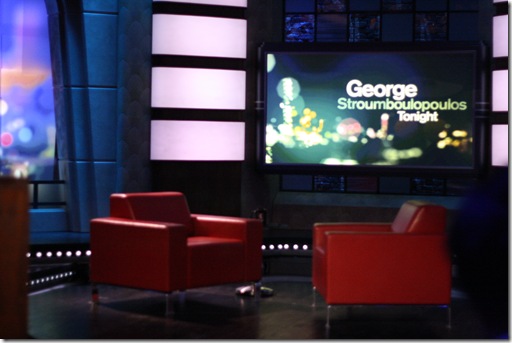 I’ve been watching Strombo on Canadian TV since he started hosting at Much Music. You know, when every middle school girl had a crush on him. As I grew into a journalist, I learned to appreciate his interview style on The Hour. Getting to see him do his thing in person was pretty damn cool.

This was my first time volunteering at a race and it was so much fun! Not to mention, also the first time I met Cathy and Lauren. I highly suggest you runners who love racing but are too cheap to do it (ie me) to volunteer at a race. It’s a great way to still feel involved in the running community.

I’ve been reading his food columns in The New York Times and Runner’s World for what feels like forever. Getting to hear him talk in person, interviewed by Toronto’s CBC Information Morning host, just made me like him even more. Harsh, brutally honest, opinionated. But still hit every one of his points right on.

Thanks to Project Foodbuzz, I hosted my first ever dinner party while living in Toronto. I always liked to joke about how my friends there loved to drink. So it only made sense to invite them over and infuse every dish with brew. 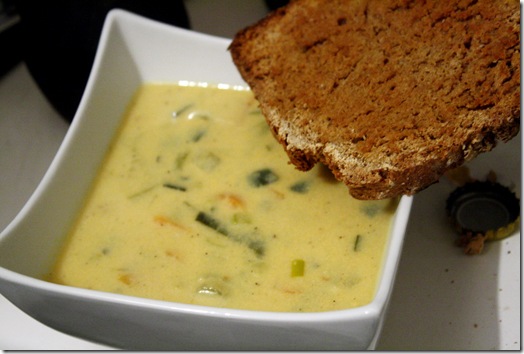 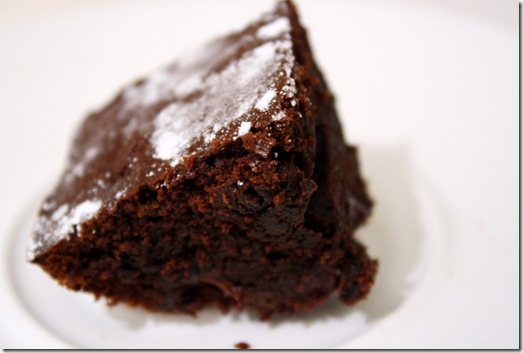 Of course, Guinness Stout brownies. Always the best part. Next time I won’t prepare all the dishes for a dinner party, and I won’t pick such an expensive main ingredient. But putting together this menu and actually pulling it off is one of my proudest culinary moments! 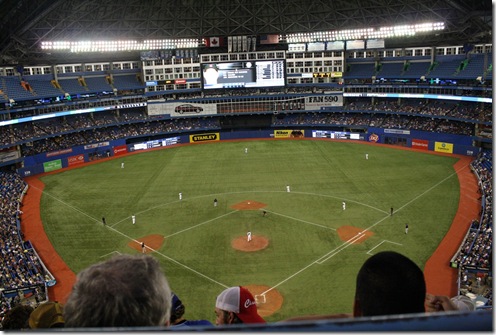 Seeing a live MLB game has been on my list of life goals since I was a little girl, sitting on my Papa’s lap as he told me about the Blue Jays. He instilled that undying love only a sports fan could have. Even when they’re a losing team. 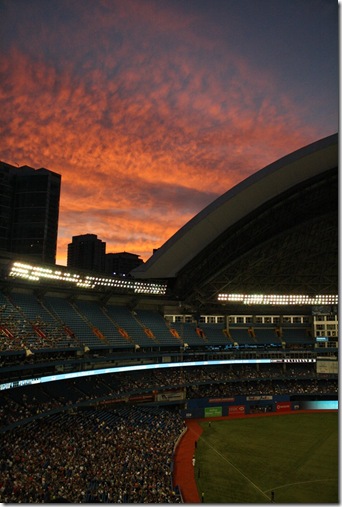 The night I finally got to see the Jays live was an absolutely gorgeous July evening. They opened up the dome (always the Sky Dome, never the Rogers Centre) and we soaked in the game in the shadow of the CN tower as the sun set around us. 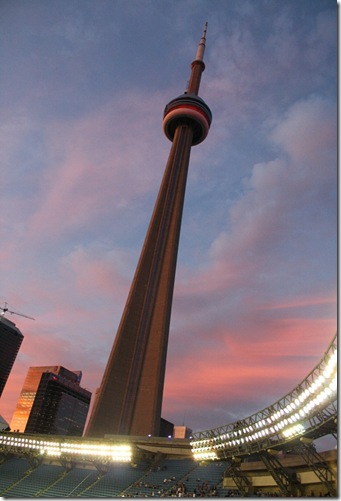 The Jays lost horribly that night. But it didn’t matter! 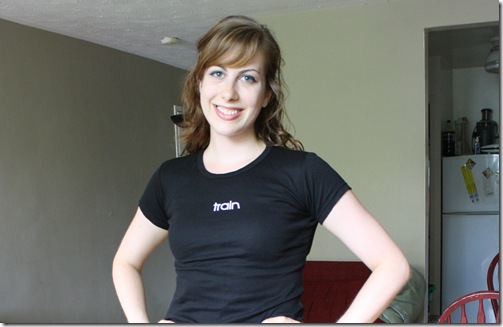 I got my first job offer within two weeks of getting to the city. Then I got another. And another. That’s a big “screw you” to everyone who thought I would never find work and sink in the big city ;) 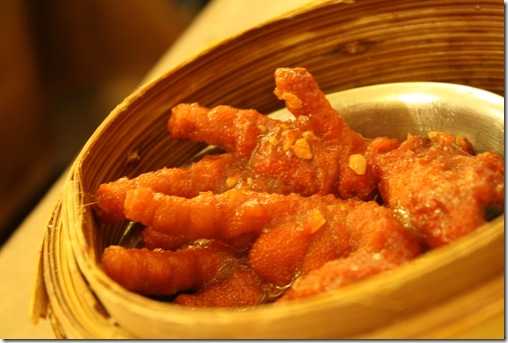 I never actually blogged about my experience on Halloween. But it was hands down the most drunk I got in Toronto. Don’t worry, I made it home safely, thanks to my roommie fetching us a cab. But I had to work my retail job the next morning. That was the only time I ever fell asleep on the subway. I really couldn’t tell you how I got to work that day. But hey, at least I made it! (I dressed up as April from Teenage Mutant Ninja Turtles)

Taste Of The Danforth 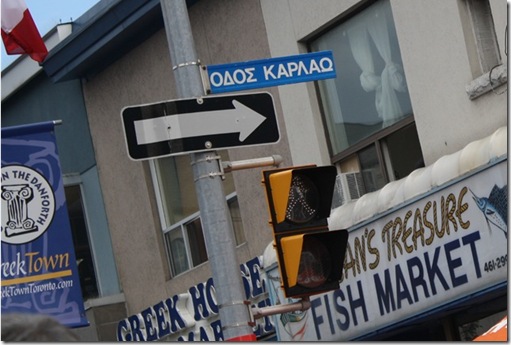 I lived not too far from Toronto’s Greek Town. A place famous for being the location where they filmed My Big Fat Greek Wedding. Even better, is the Greek food. 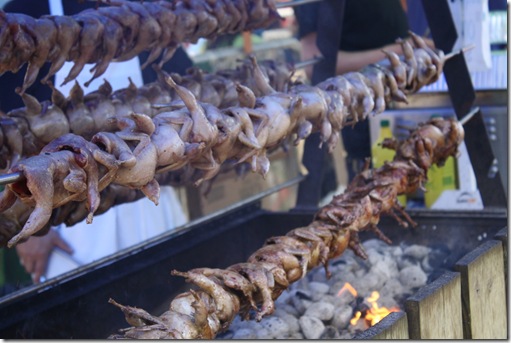 Every year they close off the area for vendors. It wasn’t cheap, and it was jam-packed. But again, it’s an experience I never could have had back home. Plus, I got to try some of the best Greek food outside of Greece! 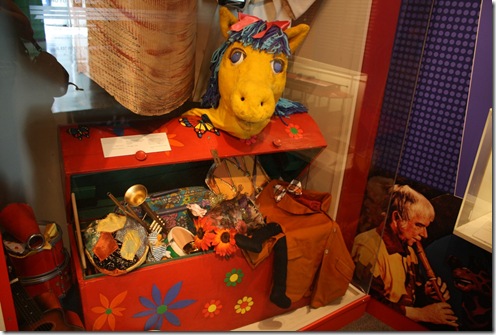 This probably means nothing to non-Canadian folk. But the CBC HQ has a mini museum inside with things like Mr. Rogers trolley and Mr Dressup’s tickle trunk. All things from my favourite childhood shows. SO neat to see in real life!

Yes, it’s the epitome of Toronto Tourist, but that doesn’t mean it still wasn’t highly entertaining. I went up with my sister and step-sister and got to see my city from a whole new perspective. 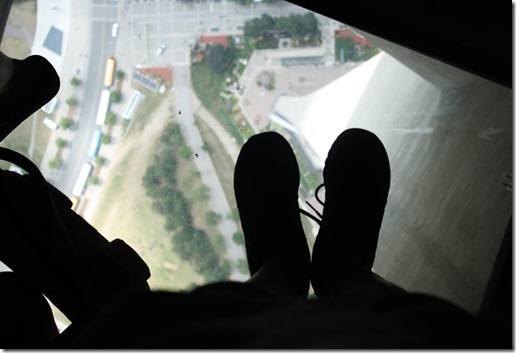 One of the best things about moving to Toronto were all the bloggers! I moved from a place with almost no fellow bloggers, to a place that was just full of them. Not just that, but ones I really liked and got along with! The picnic stands out because it was the most unique, fun and laid back blogger meet-up. Plus, why do we need to go out for food when we can all make better food at home anyways? ;)

Jager Bombs in the Backyard

Not my backyard. One of my friends lived in a place right downtown with an actual yard out back. A rarity in the city! We spent many summer nights gathered out there. But the time we decided to do jager bombs university-style was definitely the most memorable night there!

Being able to “casually” go to the Horseshoe for the night was one of coolest things about living in Toronto. I grew up watching Much Music and seeing all the best band listings be at this bar. I grew up watching footage of bands like the Rolling Stones and Neil Young play at this bar. Needless to say, it was definitely my favourite bar in Toronto!

The funniest part about my experience living in Upper Canada was that all my friends were actually from back home. I’m embarrassed to say I only had a handful of friends from other places. With that said, it was always fun to get together and reminisce about home.

The Maritime party was a night we dedicated to all things Maritime. Music, food, drinks, etc.

They always say that distance makes the heart grow fonder, and in this case I couldn’t agree more. I had some amazing moments in Toronto. I definitely miss it sometimes. But I don’t regret one bit how things played out. I loved my time there, but I love even more how it taught me to appreciate my home.