First and foremost, Happy Thanksgiving to my American friends!

I suspect around half my readers come from that big ole’ nation to the south, so I will keep it light today. I know how mass quantities of mashed vegetables can make you drowsy ;)

Secondly, I went to my first NBA game last night!

Toronto Raptors vs Philadelphia 76ers. To be blunt, Toronto teams suck. You don’t see them in the playoffs very often. The Raptors recently lost their star player Chris Bosh to the Miami Heat. The Blue Jays are in a division against top teams like the Yankees and Red Sox. The Maple Leafs are just smelly (go Senators!). And who watches the CFL??

But would you believe it, the Raptors actually won! Even more, they won with over 100 points, which means all the fans got free grub from Pizza Pizza. I gave mine away though, as I’d like to leave Ontario having a clean Pizza Pizza slate.

We also got free toques! For you drowsy Americans, that’s pronounced “toooook.” It’s a knit hat.

It’s kindasorta my goal to see all the Toronto teams play while I’m here. But apparently the NHL tickets are near impossible to get.

Anyways. Enough about sports for now. Let’s get to the food.

I’ve quickly shared a version of this recipe before, but I’ve decided it deserves its own proper post because it’s something I eat several times a week! 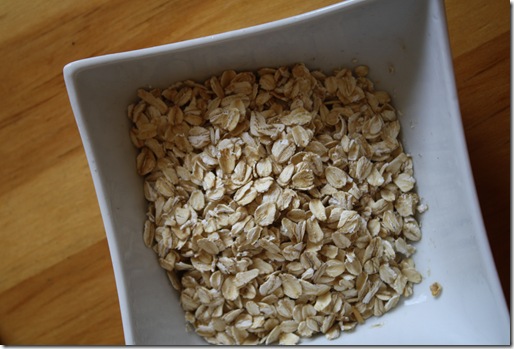 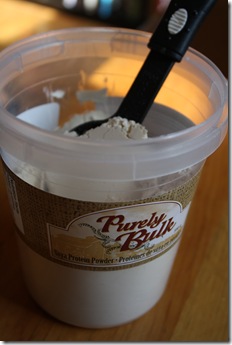 Add in 1/4 cup unflavoured soy protein powder + 1/4-1/2 tsp baking soda. I like my oatcakes more soda-y so I use 1/2 tsp, but I know some people are really sensitive to that taste. 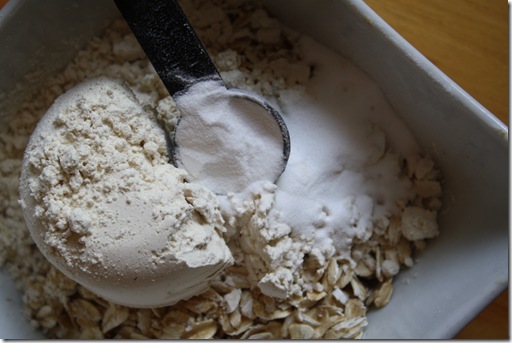 As for the protein powder, I use Purely Bulk brand, which is Canadian made. I need protein in my breakfast, so this is why I add it. If that’s not important to you, by all means sub it out with 1/4 cup flour. You can use soy flour, whole wheat flour, all-purpose flour, peanut flour, coconut flour. You get the point, the possibilities are endless!

I also add 3 stevia packets to sweeten it up – totally optional. 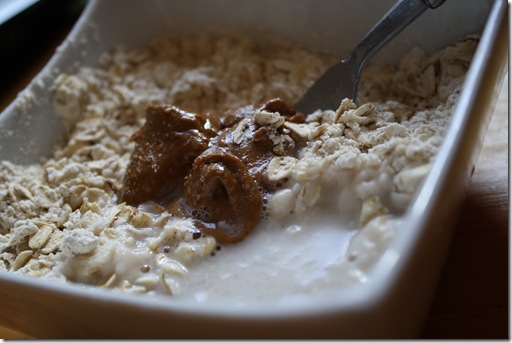 Mix in 1 tbsp almond butter + 6 tbsp hot water. I used almond here because it doesn’t stand out as much as other nut butters. But peanut butter would be good too!

The mix should be just moist enough to stick together. But not gooey. You may need to adjust the water, that’s why I like adding one tablespoon at a time.

Finally, sprinkle with chocolate chips. I try to keep it around 1/2 tbsp.

Form into three palm-sized patties and cook in a greased frying pan at medium heat.

Cook for around 5 minutes each side, until each side is browned and patties are firm.

Aaand you’re done! I make these in batches every week for grab-n-go breakfasts. Usually gobbled up on the streetcar with an iced coffee on my way to work at 5am. A more “balanced” version of the traditional oatcake that’s more like a cookie than anything else. Call it handheld oatmeal if you will :)

With that, I bid you adieu. I’ve got a Jack Russell terrier to cuddle with.

Shhhh! Don’t tell the poodle! (who I’ll be reunited with bytheway in 3 weeks!)

Question of the Day: Let’s talk sports. What’s your favourite one? Fave team? My Papa was a die-hard Blue Jays fan, so the Jays + baseball will always hold top place in my heart!