It was a loaf that started with such good intentions. 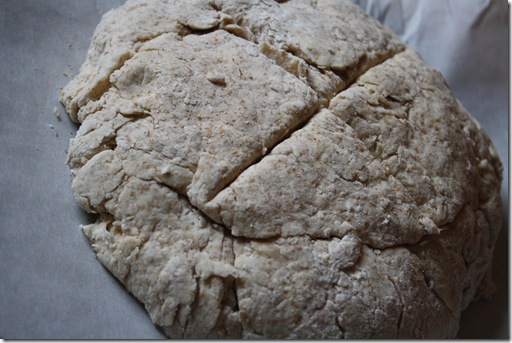 Rather than spend my money on store-bought bread this week, I decided to make my own Irish Brown Bread following this recipe.

I searched the city of Toronto for buttermilk and could not find any. So I substituted with plain yogurt. 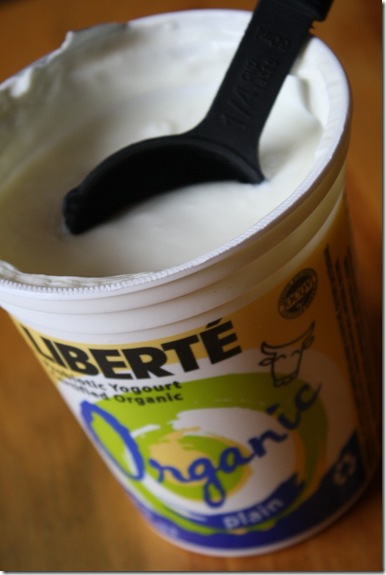 What is up with no buttermilk Toronto?? I went to all of three stores and could not find any. My mom says you can make it by adding vinegar to regular milk. But that’s, um, gross.

For some reason, the recipe’s instructions of 2oz butter registered in my brain as 1/2 cup butter.

That’s a lot of butter. And it showed. 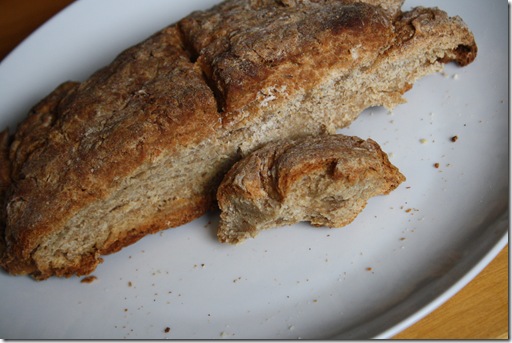 I had to bake it for nearly twice as long so the inside would cook resulting in a rock hard crust. It also didn’t rise. 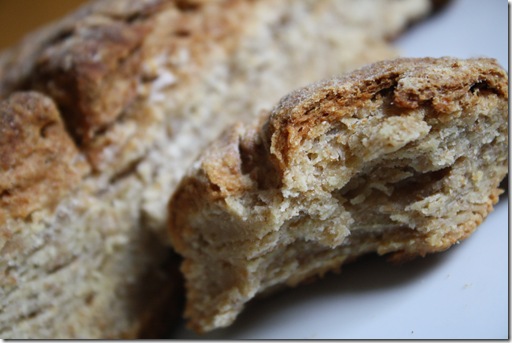 My soda bread turned into a butter bread. This is what I classify as a #bakingfail.

I’m not the kind of person to just throw out a loaf of bread though. In case you haven’t noticed yet, I’m cheap. Plus, the point of this bread was to save money!

Looking past the difficult texture, the taste  of the bread didn’t turn out so bad. I mean, it is 50% butter after all. I tried to redeem it in the form of french toast. 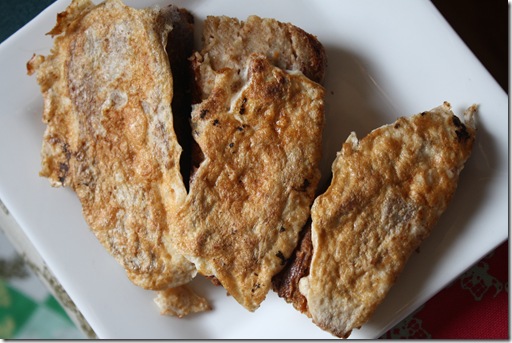 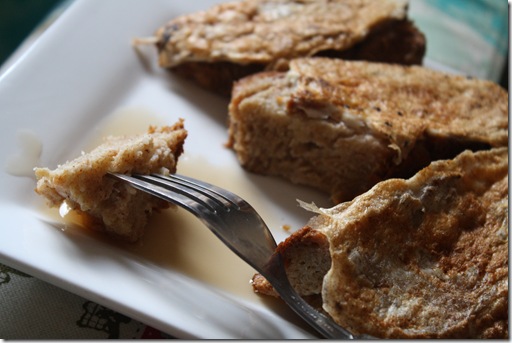 Not bad. But still crunchy. This bread can do better.

I took the remaining half loaf and broke it into pieces in a bowl. I then added 1 cup soy milk and let it soak until the bread absorbed all the liquid (about an hour). 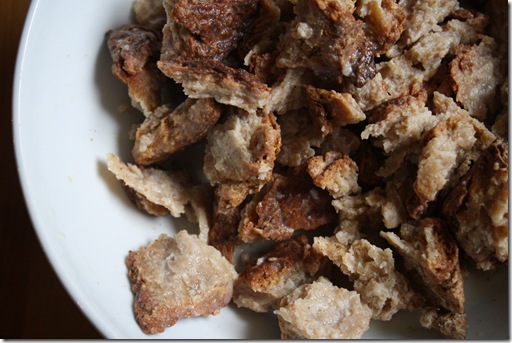 Once the bread was good and mushy, I tossed in 150g cubed ham and placed the mix into a greased square baking pan. 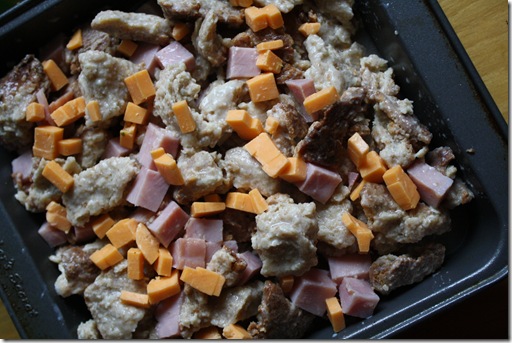 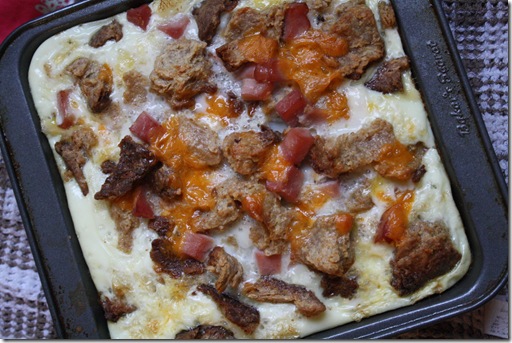 After almost two hours of baking in a 350F oven, my Butter Bread Breakfast Casserole was complete. 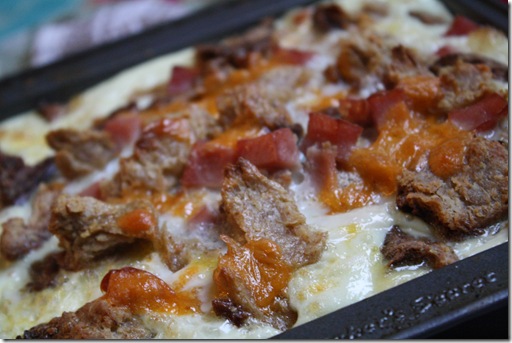 My baking fail turned into a baking #win! 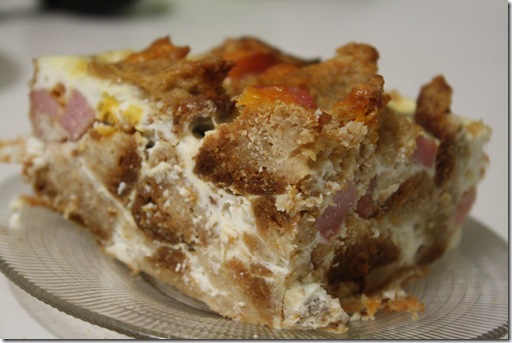 Now I’m left with four servings of a grab n’ go breakfast for the rest of the week. Not just that, but the taste and texture is now divine! I highly suggest you try your hand at making an eggy bread breakfast casserole. I do not however recommend doubling the butter in any recipe, no matter how good that may sound :\

In other news, I’m part of a pin-up calendar!! 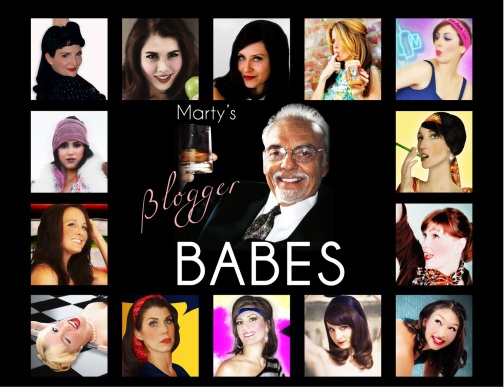 This is a project that has been in the works since last winter when Deb’s father passed away. Her dad, Marty, was a fan of her food and fitness blogging friends and always joked about how we’d make for good subjects in a calendar. Well, when he fell seriously ill with lymphoma, the joke turned into a reality. You can read Deb’s post here to learn all about it.

We are selling a small number of the calendars with all proceeds going to help cancer research. Please see Deb’s post for more details, or drop her an email at LASmoothieGirl @ gmail.com. I got my copy of the calendar today and am really pleased with how it turned out. It’s such a fun way for this blogging community to come together and show support.

Remember this photo? Well here is your explanation. I got January because it’s my birthday month. I picked the 80s as my retro theme as it’s the decade I was born in! Plus, Jane Fonda is one of my idols ;)

Question of the Day: Any recent kitchen failures to share? I can’t be the only one!