I may have forgotten my credit card at home, had to remove my shoes at the airport (silly Americans) and have been awake now for nearing 24 hours. But all that really matters is that I made it to San Fran and am soaking up the California sunshine :)

Thankfully, I landed at the same time as Diana so we travelled into the city together. 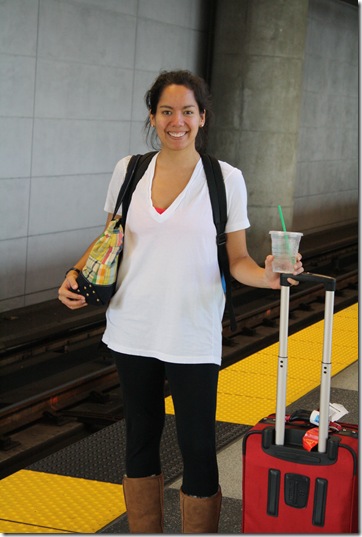 The Bay area trains are much nicer than the Toronto subways. 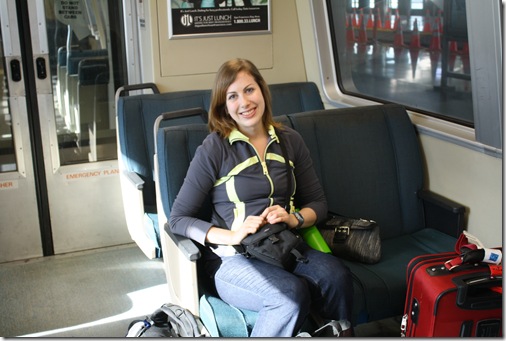 And the trolleys are a lot more quaint ;) 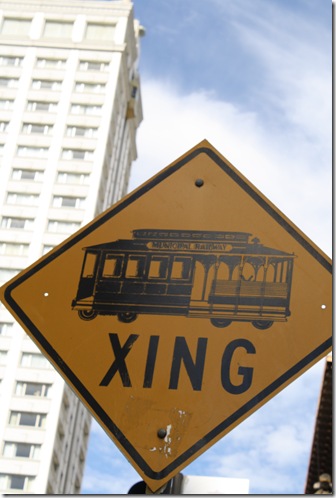 I’m here in San Francisco until Monday for the Foodbuzz Festival – a gathering of over 350 food bloggers. It’s being held at the Sir Francis Drake hotel on the legendary Powell street. Very cool! 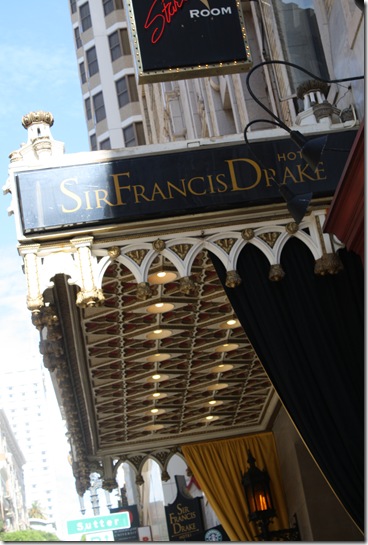 The themed hotel attendants are neat too ;) 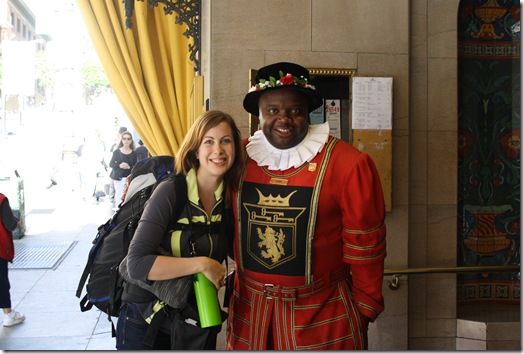 Once dropping our bags off, we suddenly became a small group of very hungry bloggers. The clear choice laid only a few blocks away, in Chinatown.

We were on the hunt for dim sum and by chance a lady on the street started pointing to a place telling us we needed to go there. If the locals insist, it’s got to be good! 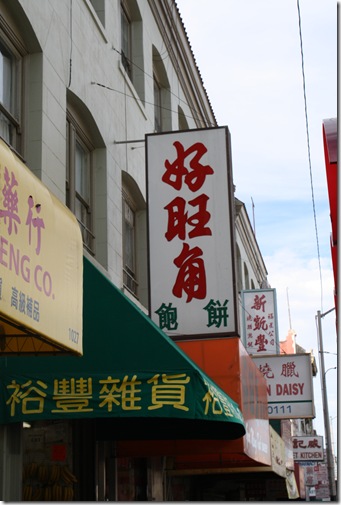 It was take-out dim sum and nothing in English. So we just pointed to the dishes we wanted and hoped they were tasty! Luckily, I’ve been to dim sum before and had a vague idea of what to try.

Started with a steamed pork bun. SO good.

Some shrimp dumpling. Loved the chives in this.

Some pork thingy. For my meats ;) 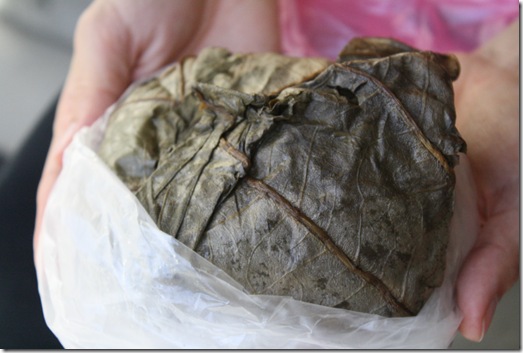 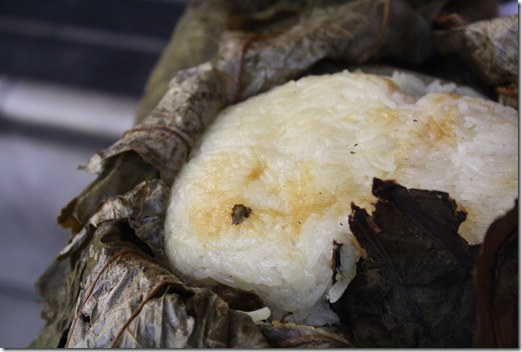 I haven’t had this before, but have heard lots about it. Diana said it was a must, so we split it. Nice surprise to open it up and find meat inside!

Best of all, the whole meal cost two dollars. Cheapest filled belly I’ve ever had. And dare I say, better than in Toronto.

Dining partners – Allie, Diana, Heather. We ate on the steps in Chinatown. Classy joint. We realized sitting across the street that the place we went to was one of the highest rated on Yelp – Good Mang Kok Bakery. Go figure. 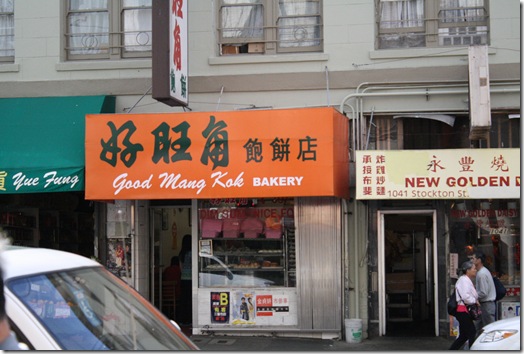 We spent the rest of the afternoon wandering the mountains hills of San Francisco. People don’t exaggerate when they say it’s hilly!! 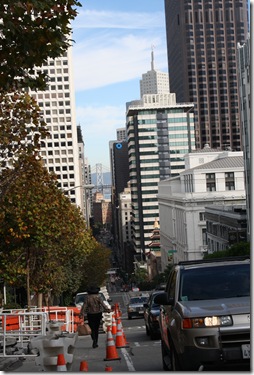 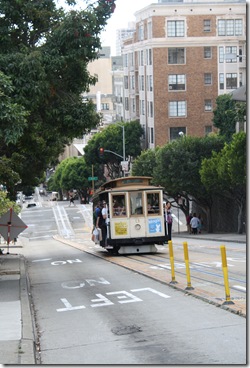 Of course, I am here for a food blogging festival. So more eating and food photography soon followed.

Millennium is a fancy vegetarian restaurant that hooked up 20 of us bloggers for dinner tonight. I heard nothing but rave reviews about this place.

We had our own private room in the back! 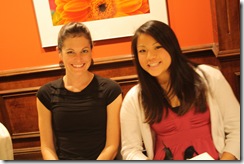 They even brought out appetizers on the house for us to try. All of which were equally delicious. My favourite being the breaded mushrooms. 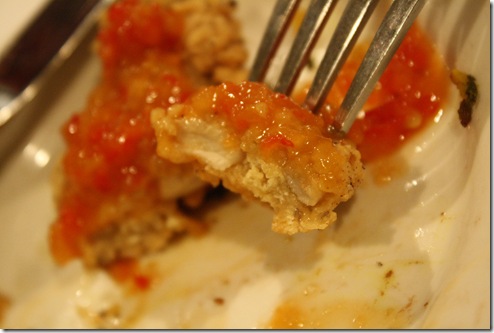 I ended up ordering an appetizer because of the price (mains were over $20). But also because I wasn’t that hungry after our Chinatown trip! 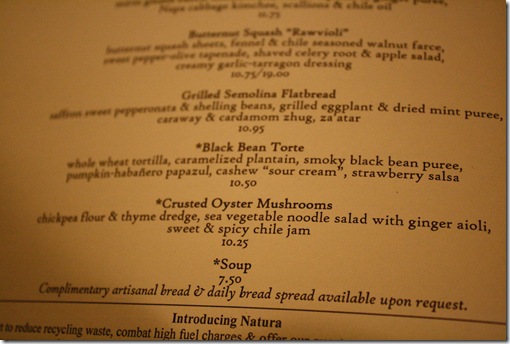 After much back and forth, I ended up with the Black Bean Torte.

It was good. Real good. And I’m not just saying that. The sweet starchy taste of the plantains went really well with the black beans. And the accompanying sauce and salsa were fantastic with it.

Then, I was officially stuffed.