← Susan’s Day Off
It’s Not All Sushi Boats →

I’m sure all of you have heard of the “Freshman Fifteen.”

Or the “Sophomore Twenty.”

How about the “Newlywed Thirty?”

Then how come no one ever warned me of the “Toronto Ten?”

Okay, honestly, I kind of suspected it might happen. In fact, I actually feared the idea of gaining weight once I moved here almost four months ago. But I thought anything noticeable would be unlikely. I exercise. I eat healthy.

I did not expect exactly how bombarded I would be by delicious food in Toronto. Nor did I know that I was still lacking in many foodie experiences. New Brunswick is a fabulous place. Its culinary culture however, is severely lacking. 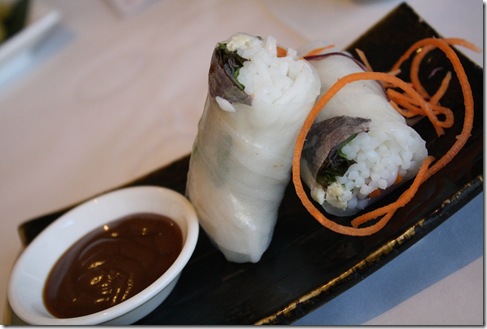 The spiciest Indian food I’ve ever had. 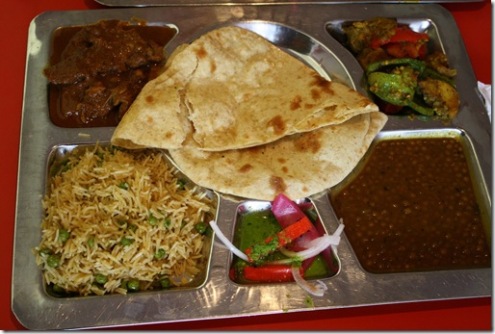 Boats and boats of sushi. 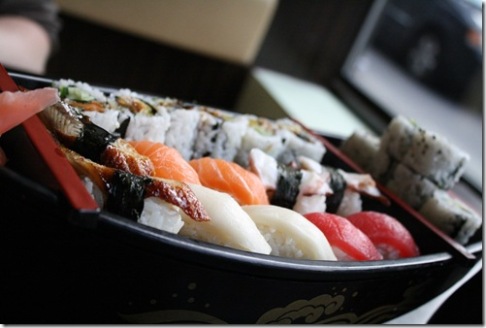 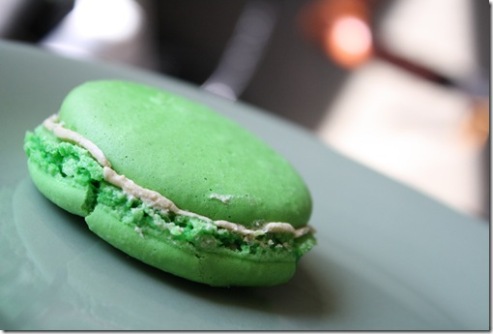 An area of town devoted to my favourite food ethnicity – Greek. 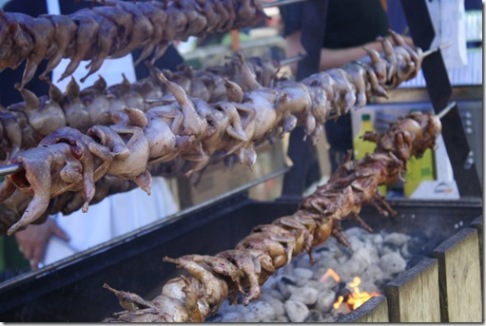 A Dim Sum place on every other corner where white girls such as myself say they want the chicken feet and end up spitting it out. 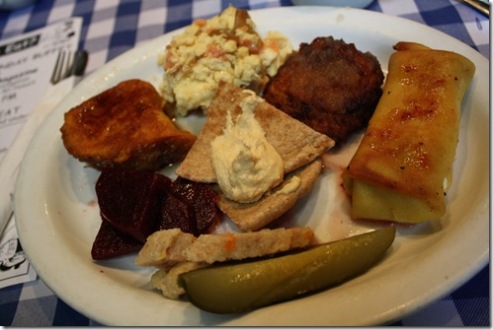 In New Brunswick, I had to get in the car if I wanted to go to a grocery store or restaurant. In Toronto, I am just a hop away from homemade sausage. 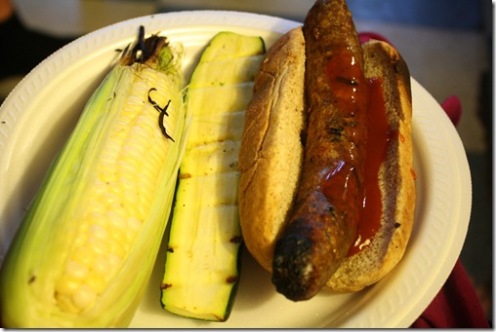 A skip from a gelato place. 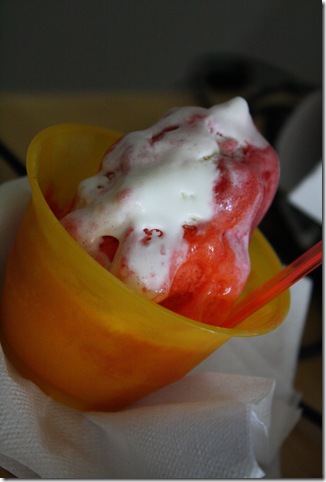 And a mere jump from the city’s best cinnamon buns. 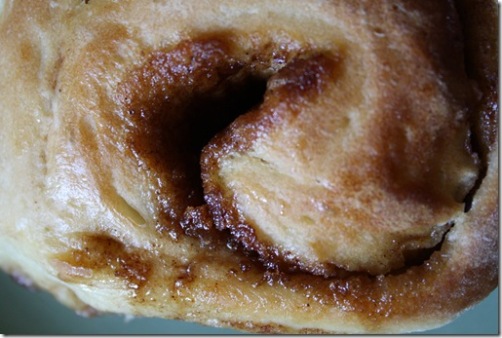 And no matter where you are, there is a  street meat stand ready and at your disposal. 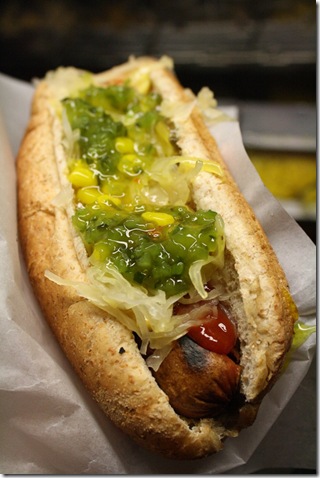 Including at the entrance of the park I run in. You have no idea how tempting hot dogs smell after running 6 miles.

Toronto is also known for some signature dishes. Ones I can’t help but try out. 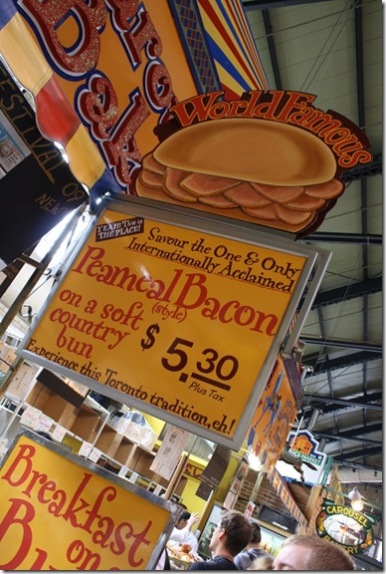 When Bobby Flay says it’s the best peameal sandwich he’s ever had, you eat it. 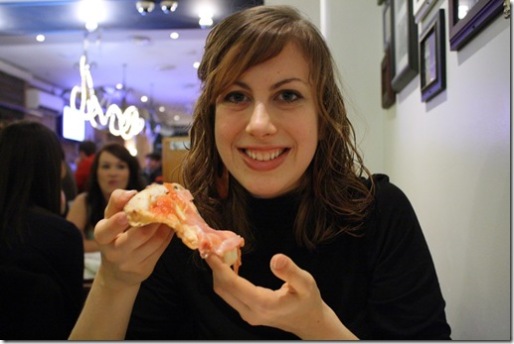 I can’t say if we actually have the best Italian food outside of Italy as some claim. However, it saved me from a pricey trip to Naples just to try the pizza.

Toronto is home to food I could have never even imagined. 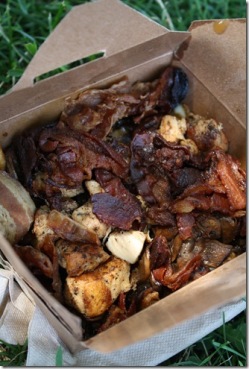 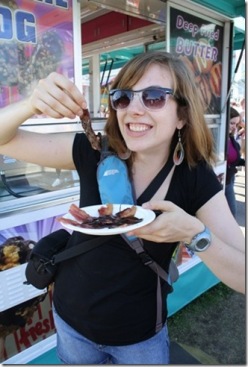 A lot of bacon has been consumed in the name of foodie curiosity and adventure. Things that I know won’t be any good… but have to try just to make sure ;)

I know what you are thinking. In such a big city, it must be at least easier to find healthy food. You are correct. Produce is cheap and bountiful. There are a gazillion types of seedy breads and organic meats in grocery stores. But be careful. Not all “health” food is healthy for your waistband. 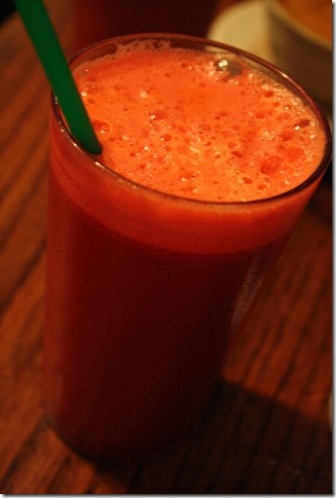 I was initially easily lured into the never ending options for juices here in the city. Every place specializes in some immunity boosting concoction. Fine. But not when paired with a full-sized meal. 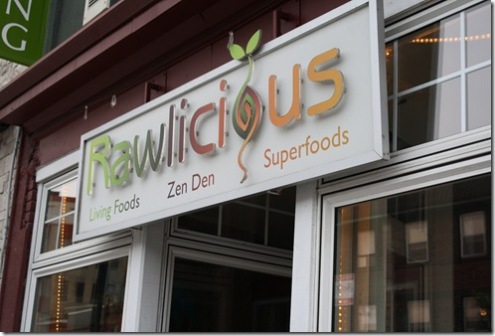 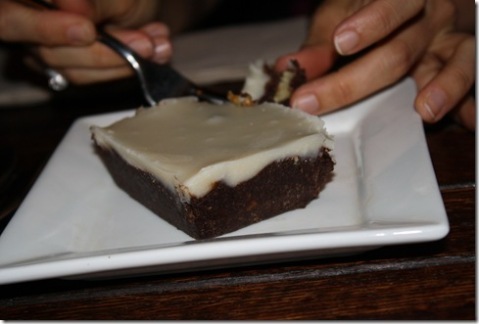 As well as its nut and calorie-dense raw desserts.

It’s not just restaurants to blame. The food markets and grocery stores carry so many foods I was never exposed to in New Brunswick. And so many foods I now want to try! 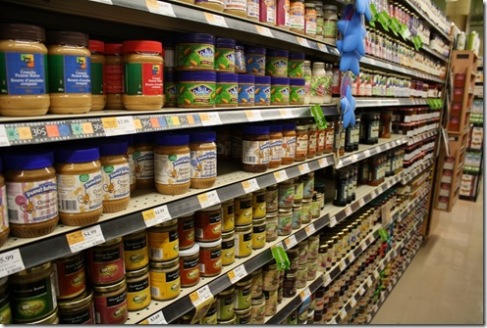 Including every flavour in the Whole Foods nut butter aisle.

I am of course forgetting a main contributing factor here. The beer. 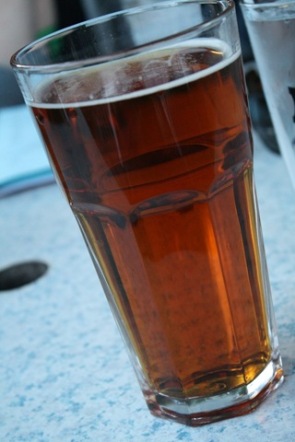 My goodness. The beer. 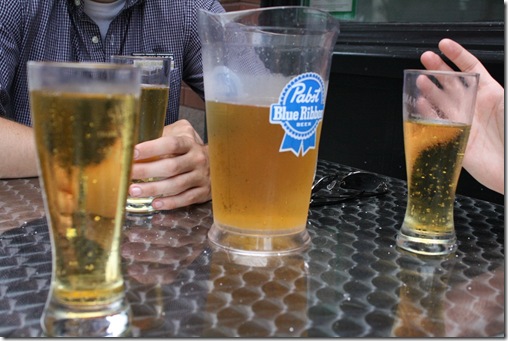 As I’ve confessed before, I am a GWLHB. “Girl Who Loves Her Beer.” 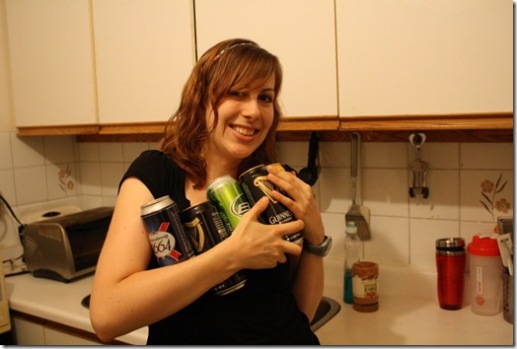 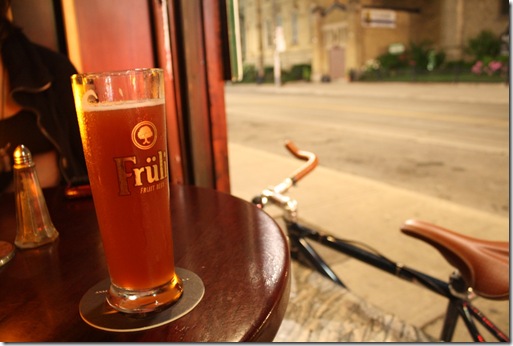 We can’t just blame the beer though. There’s been the odd jagerbomb as well ;) 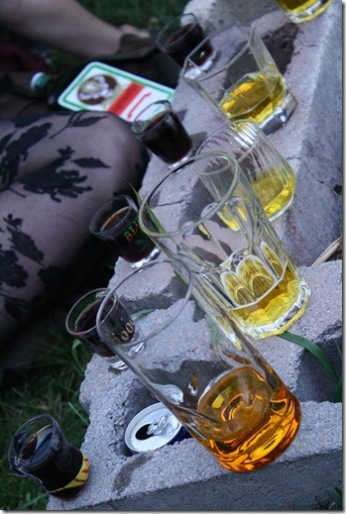 Yesyes. It seems the change in location and lifestyle has taught me all about the Toronto Ten. Something no longer feared. Definitely not loved. But perhaps embraced.

It’s recently been decided that my time in this great city is limited. So I am open to experiencing it for all it is worth. Bacon adventures and all. I thank my lucky stars I work in a gym and running store. Otherwise, we may have to invent the Toronto Twenty.

← Susan’s Day Off
It’s Not All Sushi Boats →