Fitness Friday – All About The Shoes Part II

This week is a continuation of our running shoe talk from last week. Click here if you missed Part I.

Today we are delving into how a running shoe is constructed + differences between popular brands.

I could ramble on all day about the little differences in fabrics, cushioning, and construction. But for brevity’s sake, I will stick to the basics. Things that stick out between brands and make a difference in how they fit your feet. In case you are wondering how I know all of this, I work in a specialty running store where I analyze gaits and fit people for proper running footwear. It’s quite interesting once you get into it!

We will start with my ole’ faithful…

I’m really starting with this one because I found this wonderful picture of the shoe construction. The upper is where the most fabric is. Usually some sort of mesh. The sockliner is removable in case you want to insert an orthotic. Everything between the top and outsole is called the midsole. This is where each brand uses their own “technology” for cushioning and support.

Most shoes will include the name of their technology in the model name. For example, every Saucony shoe is called a Progrid because they use a solid tennis racket-like plate for cushioning (and springy-ness). A lot of people will come in to my store asking for Progrids, but they are technically all Progrids. What differentiates the models is the level of cushioning and support they provide for a neutral runner, pronator or supinator. The above model is the Omni 8 and among the most popular Saucony in the stability category.

Also worth mentioning is that companies bring out new models every year. Sometimes they upgrade the shoes, other times they just change the colour. The older model of the above shoe would have been the Omni 7. That’s the purpose of the numbers!

The above Asics Gel 1250 are the best selling running shoe in North America. They’re a stability shoe for a mild to moderate pronator, which means just a bit of arch support. A little more cushioning than the cheaper 1150 model. They use the same numbering system – the previous model being the 1240 and so on. 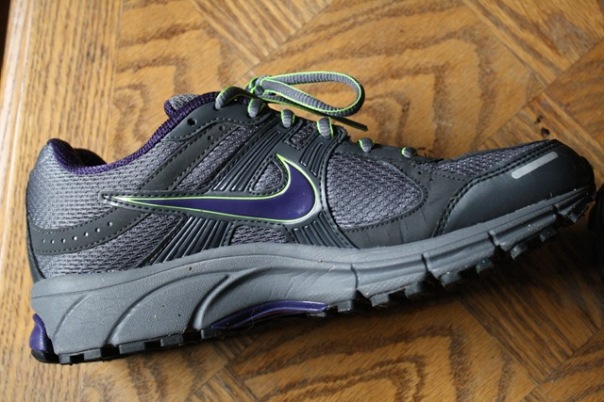 Have your eyes glazed over yet? :P

Really, the most important part of picking a running shoe is determining what kind of running gait you have. From there, it’s all about what brand of shoes fit your feet best and how much cushioning you prefer. Personally, I’m starting to prefer lighter shoes. That’s why I made the switch from wide and cushy Sauconys to more foot-hugging, flexible Nikes.

It’s also worth mentioning that you want to go up at least half a shoe size for running sneakers. You need the extra space at your toes for the forward motion of running, plus your feet are likely to swell more than in your every day shoe.

Got any running shoe questions? Send them my way! There are a few from Part I that I’ll be answering in a post soon :)